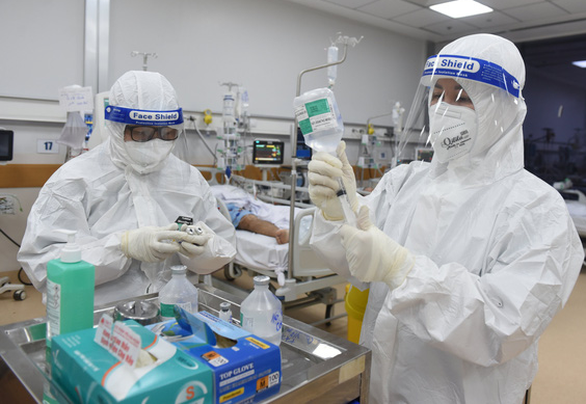 After 20 infections of the coronavirus Omicron variant were detected in Hanoi, Quang Nam Province, and Ho Chi Minh City, four more in three other localities have been recorded, bringing the total in Vietnam to 24, the Ministry of Health reported on Monday.

Among the latest Omicron infections, two were documented in the north-central province of Thanh Hoa while the other two appeared in Hai Duong Province and Hai Phong City, both in the northern region.

The case in Hai Duong was a female worker who returned from Ukraine, with transit time in Germany, on December 21, having been fully vaccinated and obtained a negative RT-PCR test result before coming back to Vietnam.

Ggenome sequencing performed by the National Institute of Hygiene and Epidemiology on the 42-year-old woman on December 24 confirmed her to be positive for the Omicron strain, VTC News cited the provincial Center for Disease Control as saying.

The patient had a cough but no fever, sore throat or difficulty breathing, and she was discharged from the Hai Duong Province Tropical Disease Hospital on January 2 after 10 days of treatment, the center reported.

The health ministry has yet to release detailed information related to the three other Omicron cases in Thanh Hoa and Hai Phong.

The first Omicron patient in Vietnam was announced on December 21 in a Vietnamese man who returned to Hanoi from the UK two days earlier.

The next 14 cases were officially announced in central Quang Nam Province on December 31, with the patients, all Vietnamese, coming back from the U.S. and South Korea several days prior.

Ho Chi Minh City reported five positive cases, including a Turkish woman and four Vietnamese, on the same day but they all retested negative one day later.

The Omicron mutant, a.k.a. the B.1.1.529 variant, was designated by the World Health Organization (WHO) as a variant of concern on November 26, 2021, two days after it was first reported to WHO by South Africa.

Omicron has now been found in over 110 countries and territories, with health experts stating it appears to be more contagious but less virulent than previous strains.

The health ministry said it has been updating information about the Omicron strain from the WHO in order to cope with any new epidemic developments properly and timely.

The agency also asked all localities to comply with relevant rules and instructions to early detect the variant.

Health workers have administered more than 153.5 million vaccine doses since vaccination was rolled out nationwide on March 8.

By Monday, 90.9 percent of Vietnam’s adult population, or around 75 million people, had received two shots of COVID-19 vaccine, while 99.6 percent had been given at least one jab, according to the ministry’s data.

The agency has called on every province and city to make more efforts to complete the coverage of second-vaccine doses for children aged 12 to 17 in January.