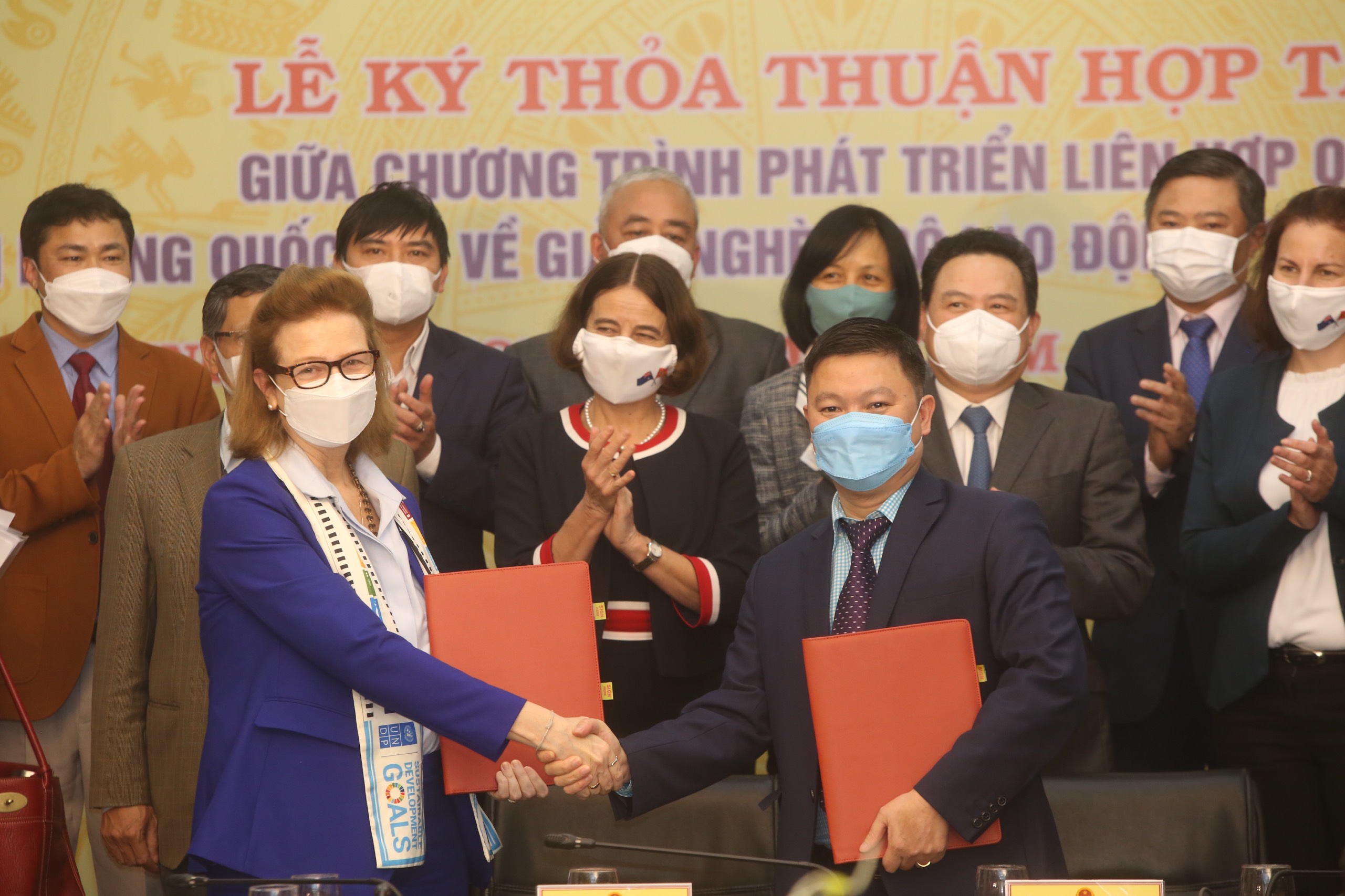 Vietnam’s Ministry of Labor, War Invalids, and Social Affairs and the United Nations Development Program (UNDP) signed on Monday a memorandum of understanding on sustainable poverty reduction in Vietnam over the next few years.

The project will focus on improving the capacity of the poor and identifying the causes of poverty in order to thoroughly solve the problem.

It will prioritize poor districts and communes with special difficulties in coastal areas and islands, ethnic minority households, and children and women from impoverished households.

It is also centered on supporting the poor to settle the most critical issues such as sustainable livelihoods, vocational training, employment, and stable income.

Vietnam’s poverty rate has decreased to 2.23 percent in 2021 from 58.1 percent in 1993, Deputy Minister of Labor, War Invalids, and Social Affairs Le Van Thanh said at the signing ceremony.

The Vietnamese Party, government, and people have paid great attention to sustainable poverty reduction and considered it a major task in national development, Thanh continued.

The Vietnamese government was correct in identifying the priorities for the poverty alleviation program, said UNDP resident representative in Vietnam Caitlin Wiesen.

At the ceremony, To Duc, head of the National Office on Poverty Reduction under the labor ministry, announced that the Australian Department of Foreign Affairs and Trade (DFAT) has committed assistance worth US$180,000 for the office in 2021-22.

More support is expected to be provided during the 2023-25 period, Duc added.