The UK-Vietnam free trade agreement (UKVFTA), effective on May 1, 2021, is expected to help not only boost trade but also promote investment between Vietnam and the UK. 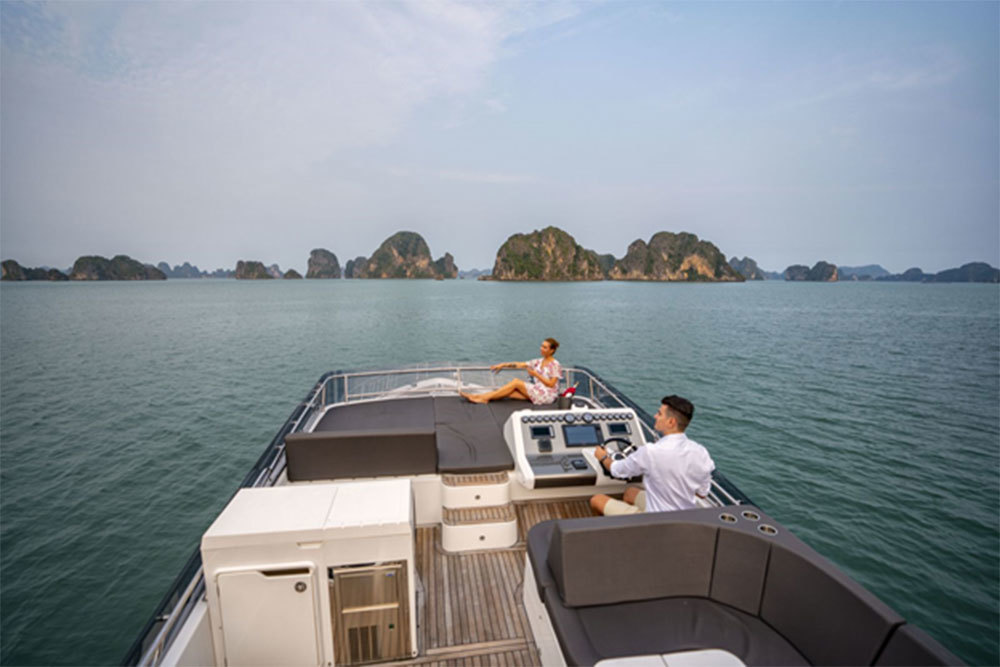 Vietnam is a favorite destination for the British

Despite global supply chain disruptions because of the Covid-19 pandemic, trade between Vietnam and the UK has seen positive results.

One year after UKVFTA came into effect, two-way Vietnam-UK trade turnover reached $6.6 billion in 2021, an increase of 17 percent over 2020.

Regarding investments, as of the end of 2021, there were 447 UK-invested projects in Vietnam, which accounted for 1.3 percent of a total number of foreign direct investment (FDI) projects, with total investment capital of $4 billion.

Meanwhile, Vietnam has had nine projects with total registered capital of $11.5 million in the UK. The UK is Vietnam’s third largest trade partner in Europe and the ninth largest export market for Vietnam.

These figures clearly demonstrate Global Britain in the Age of Competition, the strategy announced by the British Prime Minister in the context of post-Brexit and Covid-19. The UK is determined to shift its strategic focus to the Indo-Pacific region, prioritizing Southeast Asia in finding new partners and markets.

According to economists, the space for trade cooperation between the UK and Vietnam remains large, especially because Vietnam is considered a market with high potential when entering the new economic development period with targeted income per capita of $3,500 by 2025 and $7,000 by 2030.

In the tourism sector, Vietnam is a favorite destination for the British. This is due to natural conditions as well as diverse tourism products, especially golf tourism.

Before the pandemic outbreak, the number of British travelers to Vietnam grew by 10-15 percent per annum. The figure is expected to see a boom as Vietnam has restored the visa waiver policy applied to citizens of 13 countries, including the UK.

Both Vietnam and the UK consider the aviation sector as one of the most important fields that facilitates trade exchange, tourism and economic development. Bamboo Airways opened a non-stop air route between Hanoi and London on March 22, a positive sign for cooperation between Vietnam and the UK.

The private air carrier also plans to put into commercial operation non-stop air routes between HCM City (Tan Son Nhat Airport) and the UK (Heathrow, London Airports) and other non-stop routes to Europe once it gets the licenses.

The upcoming “Vietnam Week in the UK”, to be organized to celebrate the Platinum Jubilee to mark the 70th anniversary of the accession of Queen Elizabeth II, from March 28 to April 3, will be a major event that connects the two important partners.

Within the framework of the event, to introduce to British investors and partners cooperation opportunities, FLC, Bamboo Airways and the Vietnamese Embassy will organize an investment promotion forum.

The forum is one of the positive moves of Vietnamese businesses to increase promotion and international communication in order to take full advantage of the UKVFTA. It is the continuation of a series of roadshows and international seminars organized in Singapore, Japan and South Korea.

In addition to the main event, many cultural and sports activities will be organized during the week by the Vietnamese Embassy.

The EU-Vietnam Free Trade Agreement (EVFTA) and the Investment Protection Agreement (IPA) are the most ambitious agreements in terms of market access, rules and values that the EU has ever signed with a developing country like Vietnam.

The effective implementation of new-generation free trade agreements (FTAs) can considered as the driving force behind fulfilling the export target of over US$356 billion set for this year.