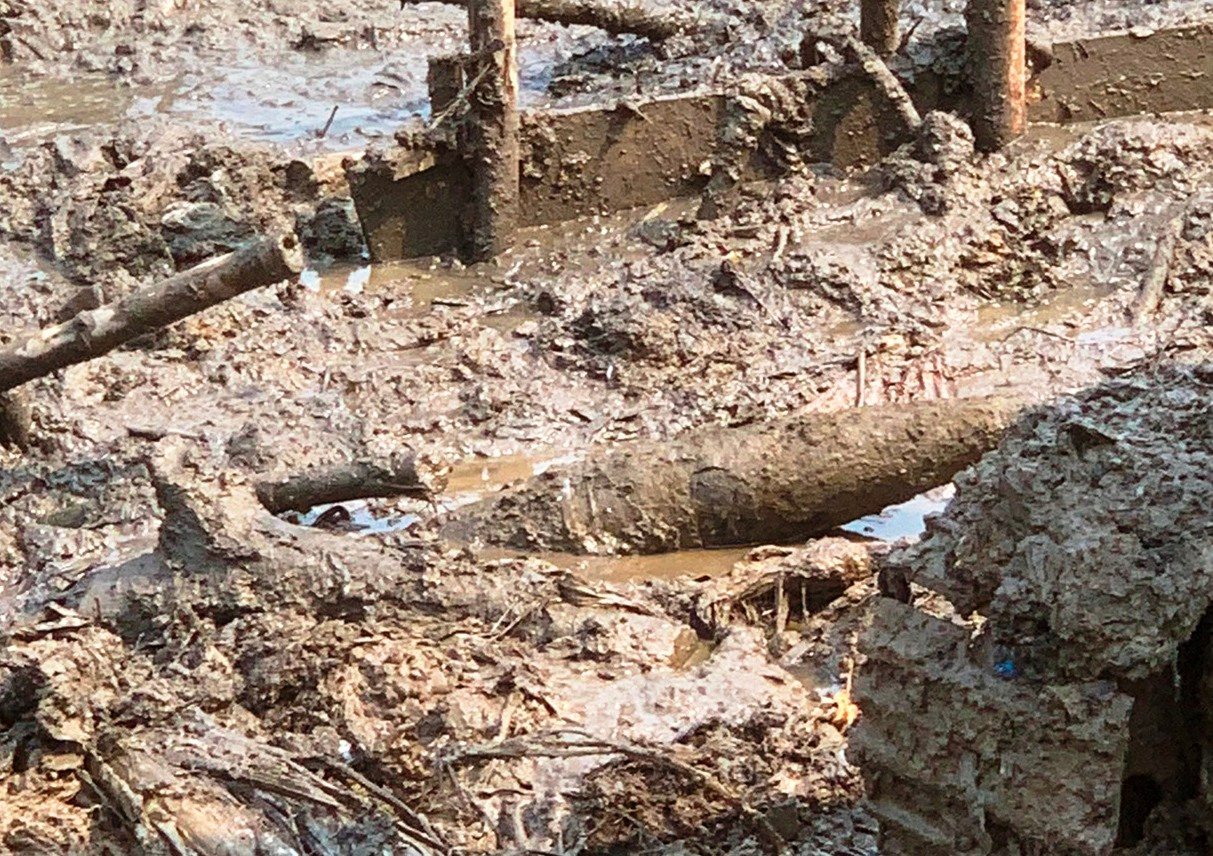 An unexploded artillery shell is found at the construction of an embankment in Thua Thien-Hue Province, Vietnam. Photo: Photo: T.K. / Tuoi Tre

Two unexploded artillery shells were found at the construction site of an embankment in Thua Thien-Hue Province, north-central Vietnam.

The shells were previously found at the construction site of an embankment.

Nguyen Van Huu, a construction worker, was operating an excavator to dig up mud when he saw two dark-colored metal objects that he suspected to be bombs.

Huu then reported them to officials and the construction was halted.

Police and military officers later arrived at the location and concluded that the metal objects were 105mm artillery shells.

They have dealt with the unexploded ordnance and carried out mine clearance processes at the construction site.

In early March, a 230-kilogram bomb was found at the construction site of a building near Dong Hoi Market, the largest market in north-central Quang Binh Province.

The bomb was later moved to a safe location where it was detonated in a controlled explosion.

It was believed to have been there since the American war in Vietnam.