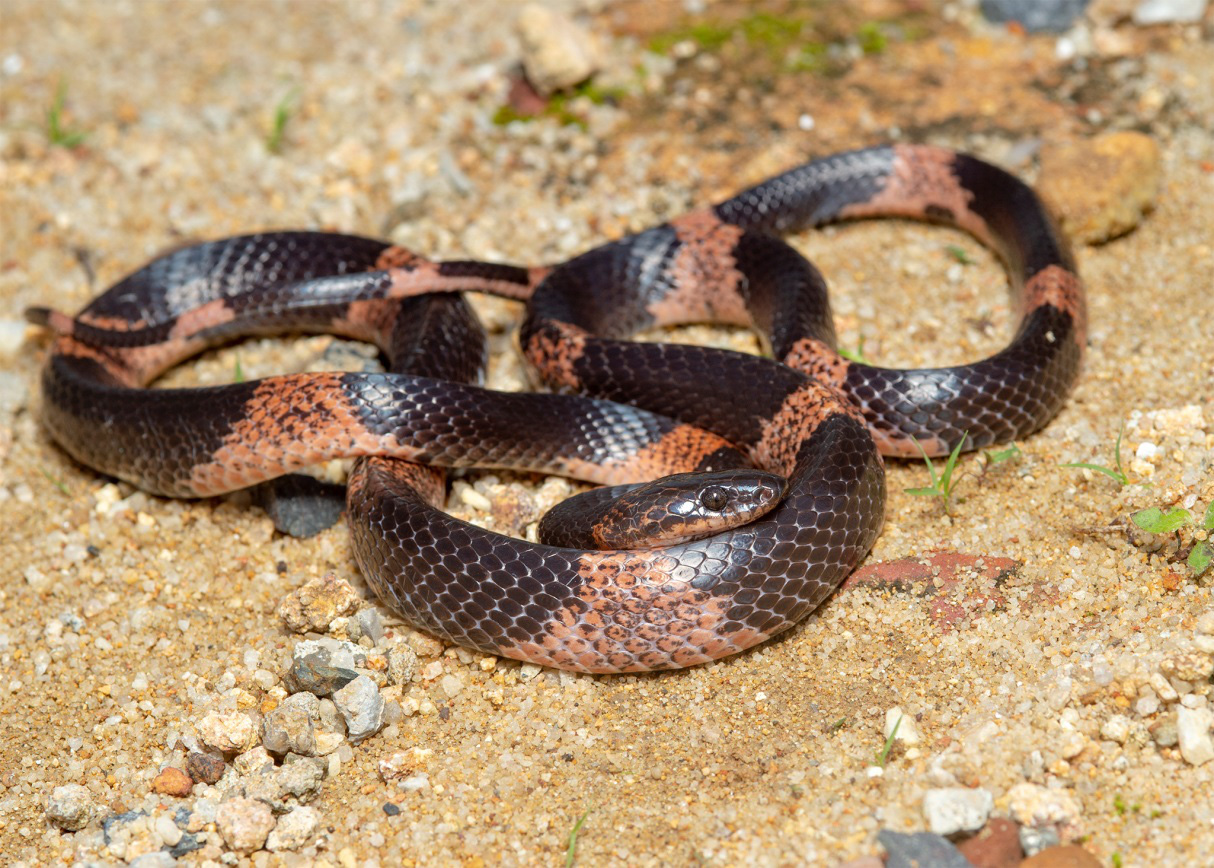 Scientists of the Vietnam National Museum of Nature, University of Michigan, La Sierra University, and San Diego Natural History Museum recently discovered two new species of snakes that are endemic to the south of the Truong Son range in central Vietnam.

Recent field work in the endangered habitats of the Giang River Valley in the south-central Vietnamese province of Khanh Hoa resulted in the discovery of two new species of wolf snakes, Lycodon anakradaya and Lycodon truongi, according to Nguyen Anh The, founder of the Vietnambirds website and a member of the research group.

The Giang River and its waterway habitat course through a forested river valley formed by east-west trending mountains in the north-western portion of Khanh Hoa Province in the vicinity of the Giang River Hydropower Station.

The surrounding mountains form the northeastern slopes of Langbian Plateau and are covered with montane evergreen tropical forests that are dissected by a rich network of small streams and rivulets that feed into the Giang River.

The specimens were found while foraging on the ground, in a relatively flat forest floor habitat surrounded by small rivulets and were taking refuge in the hollow of a tree.

Although Lycodon anakradaya and Lycodon truongi are syntopic, not related to a holotype or lesser taxon, they are not particularly closely related and can be differentiated from each other and all other species in the Lycodon rufozonatus complex on the basis of meristics, morphometrics, color patterns, and uncorrected pairwise genetic distance.

The young snake’s body consists of alternating black and white bands as an instinct to increase its chances of survival in the wild because it is non-venomous.

The specific epithet ‘anakradaya’ is given in a reference to the Ede people (‘Anak Radaya’ in Ede language), an ethnic group living in the upland forested areas of south-central Vietnam including those that surround the Giang River Valley.

Lycodon truongi has a combination of a maximum Snout-vent length of 70 centimeters and a tail length of 195 millimeters.

The specific epithet ‘truongi’ is a patronym honoring Professor Dr. Quang Truong Nguyen for his long-standing extensive contributions to the herpetology of Vietnam and his broad international collaborations.

The description of the new species continues to underscore the fact that the mountainous areas of the south-central region are very likely to harbor additional new species.

A research paper on the discovery of the two new snake species was published on June 14 in Vertebrate Zoology, a science journal run by the Museum of Zoology Dresden in Germany.