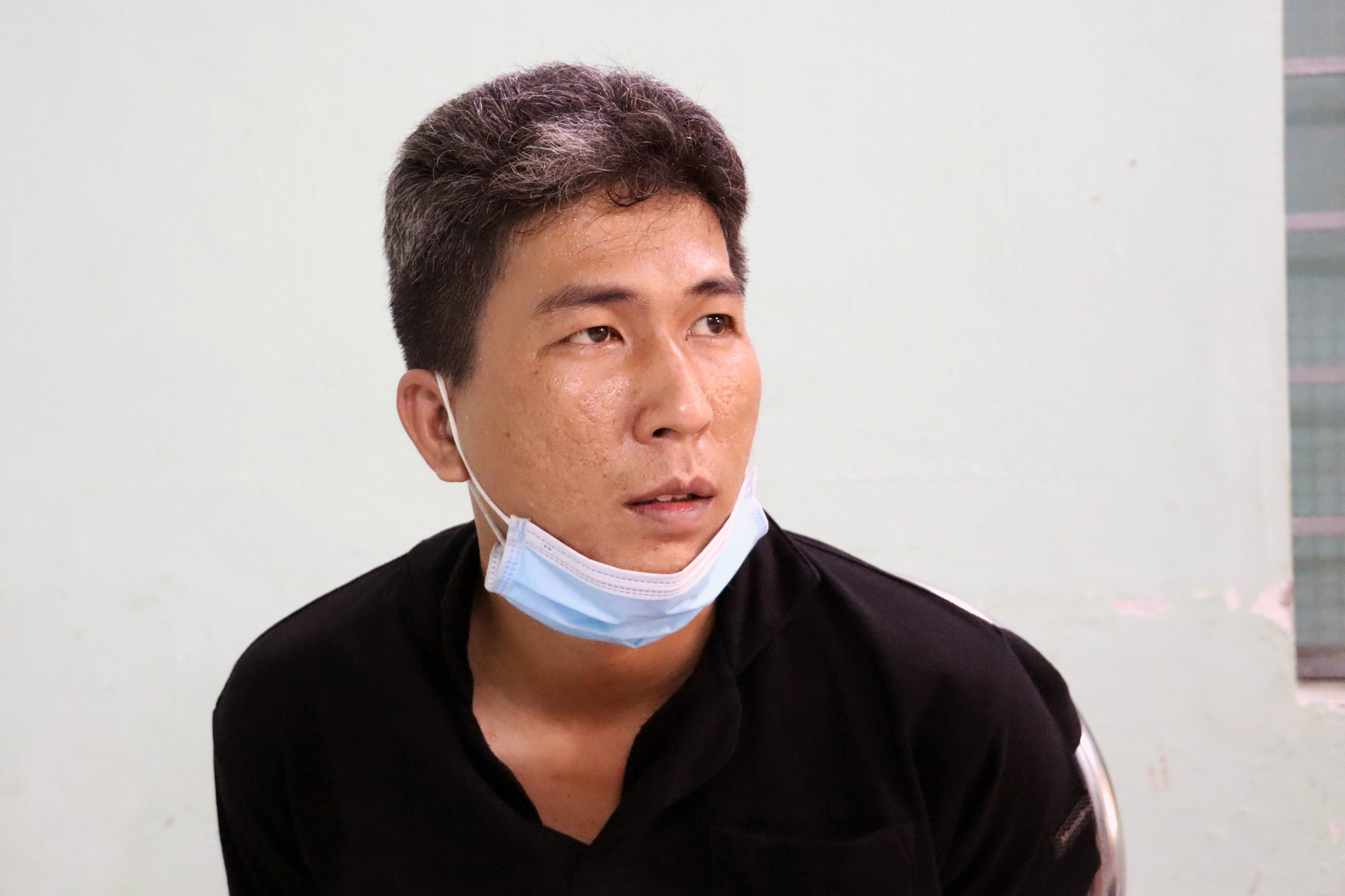 Bui Viet Thang, one of the two men who robbed two children staying alone at home of an iPad in Bien Hoa City, Dong Nai Province, Vietnam, is pictured at the police station. Photo: A Loc / Tuoi Tre

Police in Dong Nai Province, Vietnam announced on Thursday afternoon the arrest of two men who robbed two home-alone children of an iPad earlier this week.

Thang has four previous convictions for robbery, property theft, and fraud to appropriate others’ property, and was most recently released from prison in early 2021.

Bien Hoa City police started looking for Thang and Truong after Vo Thi Tien, from the Mekong Delta province of Dong Thap, shared footage to social media of her two children being robbed of their iPad while at home by themselves on Monday.

When Tien and her husband went to work that day, their two children, a seven-year-old boy and a five-year-old girl, stayed home to attend online classes.

At around 2:15 pm that afternoon, Thang and Truong drove up to the backdoor of Tien’s home on a motorbike, discovered that the two children were home alone, and began banging on the door.

The two kids began to cry before calling their parents, both of whom failed to answer the phone.

Eventually, the boy opened the window and handed over his iPad to the men, who then fled the scene while the two children continued crying.

Thang and Truong sold the iPad and split the money.

Neither realized that the robbery had been recorded by Tien’s home security camera.

After Tien shared a four-minute clip of the incident on social media, it provoked a public outcry, especially from parents who have to leave their children alone at home while schools remain closed due to COVID-19.

On Thursday afternoon, police officers in Bien Hoa City began searching the residences where Thang and Truong are registered in the city’s Phuoc Tan Ward.

They also found the iPad at a local mobile phone shop where the two men sold it.

Police officers then invited Tien to the police station to retrieve the tablet on Thursday evening.