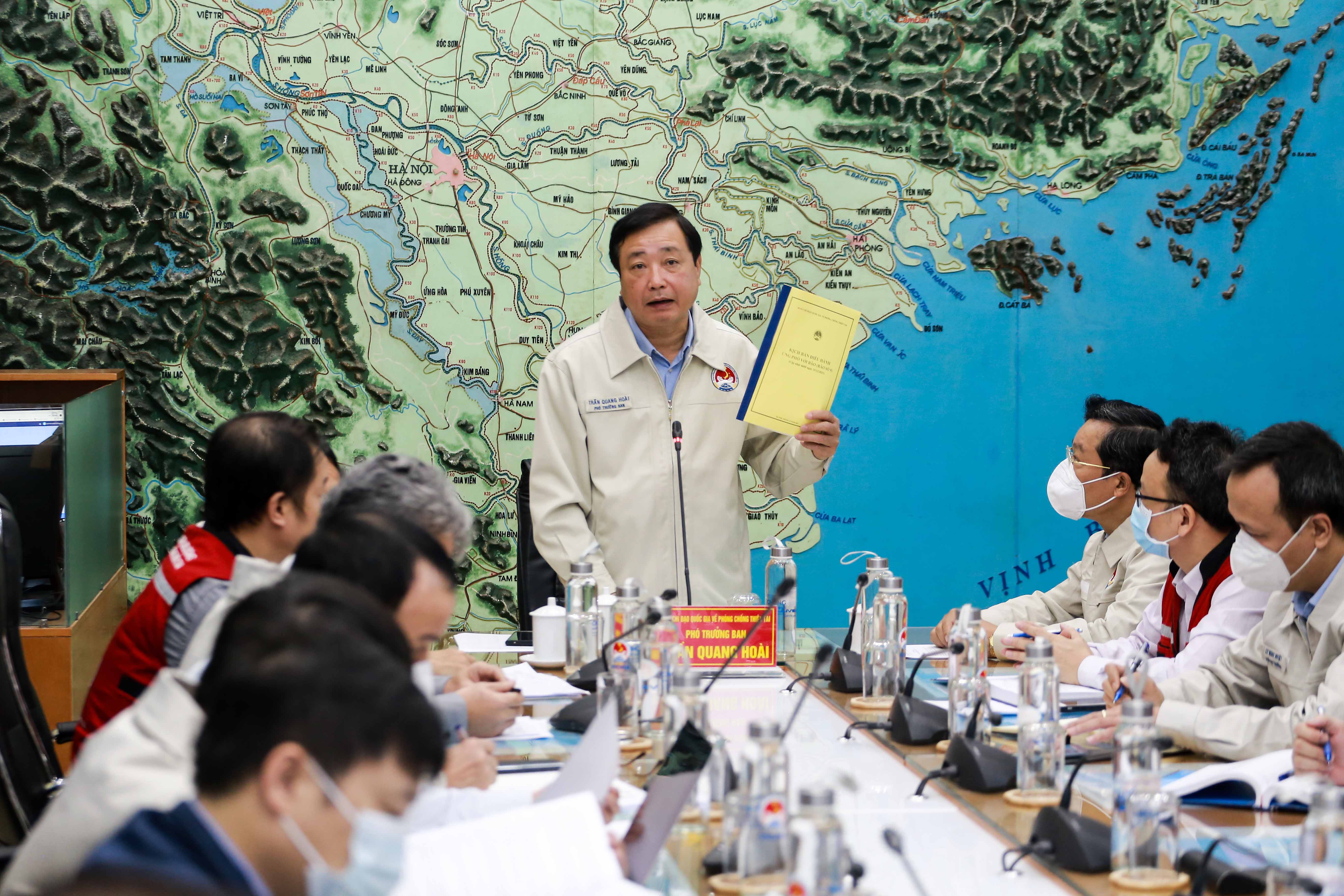 Tropical Storm Rai, currently located off the Philippines, is expected to enter the East Vietnam Sea later this week, causing rough seas and bad weather conditions on the mainland.

The National Steering Committee for Natural Disaster Prevention and Control has organized a teleconference with 20 provinces and cities in central and southern Vietnam to prepare for the arrival of Storm Rai.

As of Wednesday morning, the storm was situated 800 kilometers east of the Philippines, with wind speed of 100-117km per hour, Hoang Phuc Lam, deputy director of the National Center for Hydro-meteorological Forecasting, stated at the meeting.

Storm Rai is forecast to travel northwest and pick up strength, with wind speed increasing to 135-165km per hour, Lam continued.

However, it may weaken after passing the Philippines, he added.

The storm will likely enter the East Vietnam Sea between Friday night and Saturday morning, becoming the ninth storm to hit Vietnam this year.

The storm will result in powerful winds, which can reach up to 130km per hour, and strong waves in the maritime area, including Vietnam’s Truong Sa (Spratly) and Hoang Sa (Paracel) archipelagoes.

Storm Rai may interact with an enhanced cold front in northern Vietnam, thus its route will be unpredictable, Lam warned, adding that the storm is likely to affect the weather conditions on the mainland as early as Sunday.

It is expected to make landfall on Monday next week.

The National Steering Committee for Natural Disaster Prevention and Control requested authorities in the coastal localities from north-central Quang Binh Province to southern Ca Mau Province to closely monitor the development of the storm.

Captains of local ships and fishing boats must be promptly informed of potential danger at sea, the center underscored.