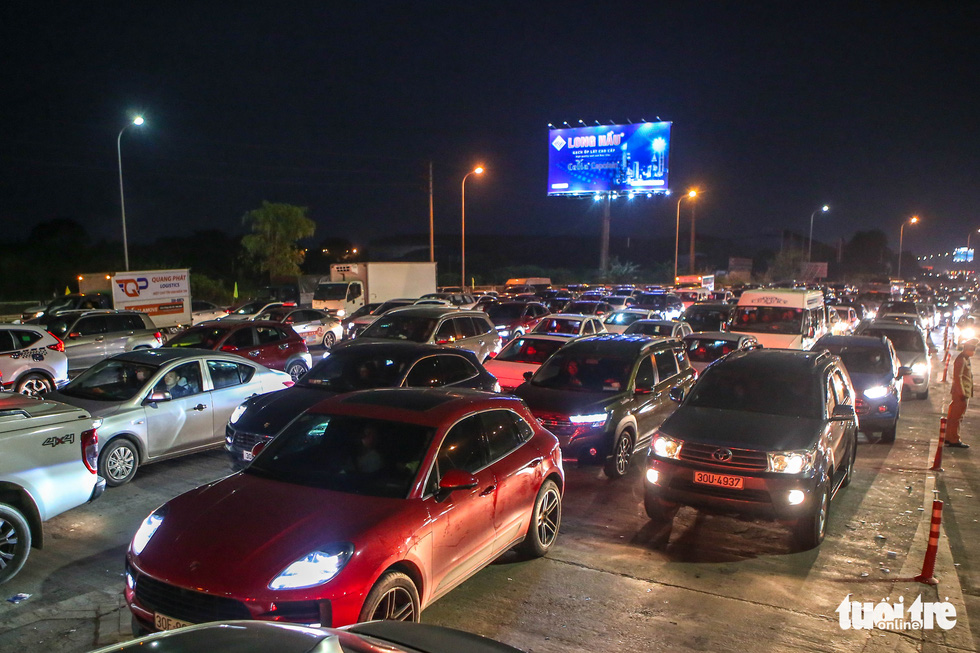 A prolonged traffic jam took place on the Phap Van – Cau Gie Expressway section that leads to central Hanoi on Friday, as numerous people came back to the Vietnamese capital city after their Lunar New Year (Tet) vacations.

The toll station on the expressway was filled with vehicles that were inching toward the city’s heart on Friday evening under the control of traffic police officers.

Among the ocean of people returning to the capital, many said they returned early to prepare to go to work again next week after their Tet celebrations in different locations including Ha Nam and Ninh Binh Provinces.

The nine-day break of this year’s Tet began on January 29 and will finish at the end of Sunday.

“My family and I are on the way home after having visited Tam Chuc Pagoda in Ha Nam, which borders Hanoi,” a Hanoi man who simply identified himself as Cuong told Tuoi Tre (Youth) newspaper.

“The traffic has become denser from the late afternoon.”

At 7:00 pm the same day, the toll station remained operating amid the traffic congestion.

As part of the North – South Expressway, the 30-kilometer Phap Van – Cau Gie is among the major routes leading into and out of Hanoi.

It runs from the Phap Van – Hoang Liet intersection in Hoang Mai District to Cau Gie Hamlet in Phu Xuyen District, where it connects with the 50-kilometer Cau Gie – Ninh Binh freeway that links the capital city and Ninh Binh Province.