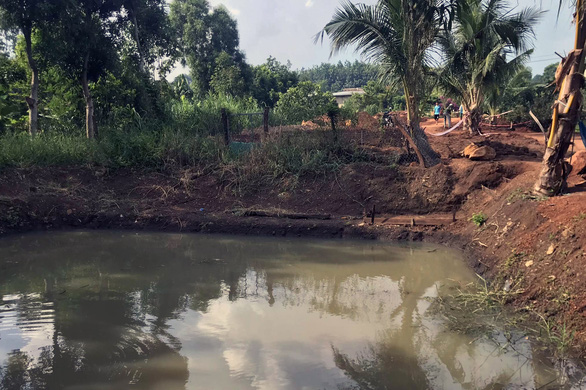 Three children aged four to six drowned after falling into a pond while playing near their homes in Binh Phuoc Province, southern Vietnam on Monday morning, local authorities confirmed later the same day.

Tran Dai Lam, a 40-year-old local resident, had seen the three children heading toward his house’s pond, which is about three meters deep and 50 meters wide, at around 10:00 am on the day, but he was busy and did not follow up with checking on the kids.

It was not until around one hour and a half later that Lam noticed two pairs of child footwear next to the pond.

The man jumped into the pond over a worry that the children had fallen into the water and found all of the three already drowned.

Local police arrived shortly after and examined the scene.

They then managed to locate a slip trace next to the two pairs of footwear extending to the pond.

Since the beginning of May, four child drowning accidents have killed 10 children in Binh Phuoc Province, including four 11th graders, one third grader, and two ninth graders, in addition to the three said victims.