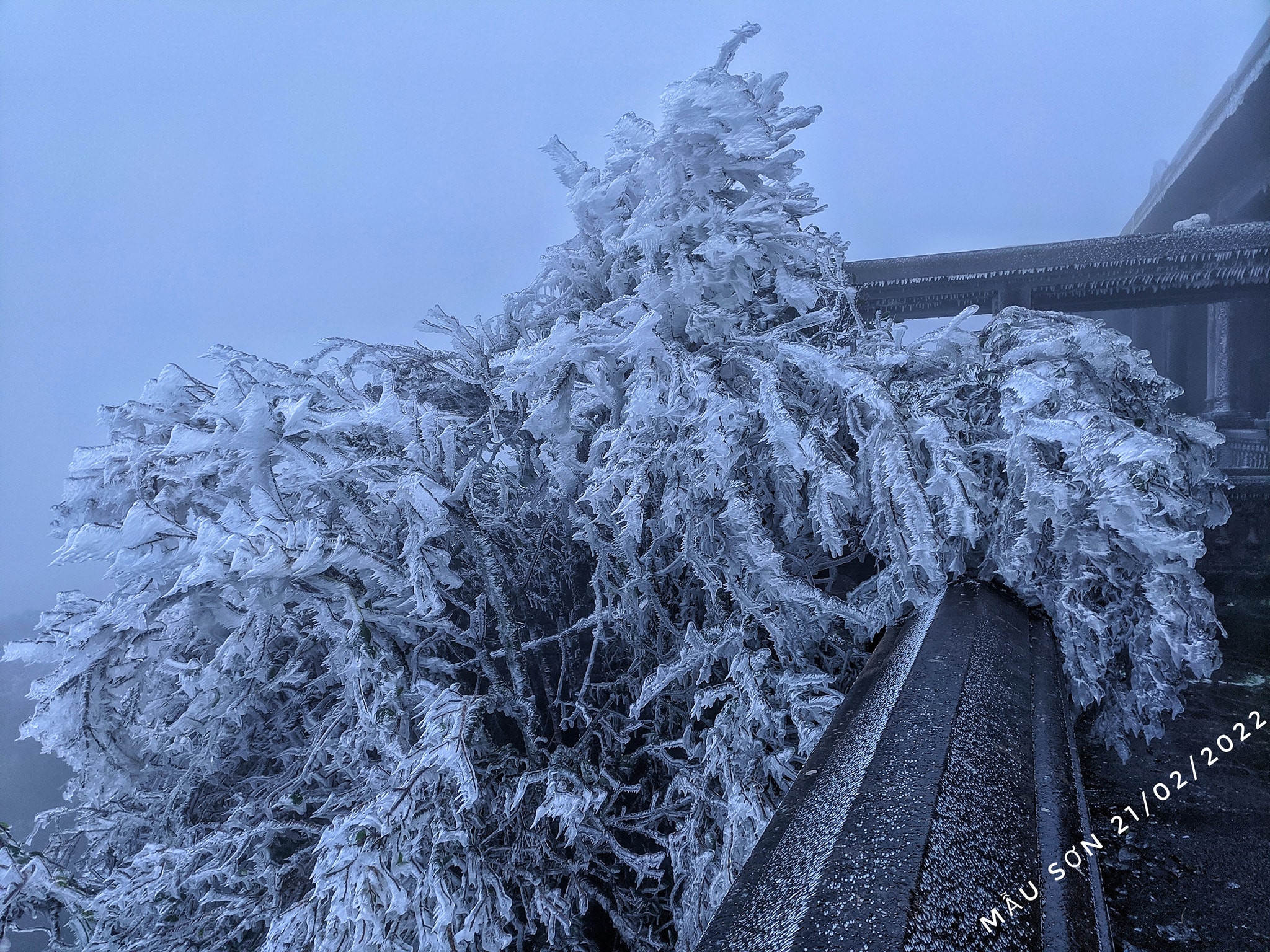 Temperatures across northern Vietnam plummeted further due to the effect of a strong cold snap on Monday morning, with thicker frost forming local mountaintops.

The morning weather forecast reported that mercury of below 10 degrees Celsius was recorded in most of the localities in the Red River Delta.

This feels extremely cold to locals as the norm in tropical Vietnam is at least 30 degrees Celsius.

An enhanced cold front is expected to lower the temperature in northern localities and north-central Thanh Hoa Province to about seven to ten degrees Celsius throughout Monday, according to the National Center for Hydro-meteorological Forecasting.

The average lows in mountain areas will be two to five degrees Celsius.

On high mountain summits, the mercury may fall to below zero degrees Celsius, resulting in high chances of sleet and frost.

In Hanoi, the lows were around seven to nine degrees Celsius, and the chilly weather was intensified by light rains.

This weather pattern is forecast to linger in northern Vietnam until the end of Tuesday.

Authorities in multiple provinces and cities in the region have allowed young students to stay home over the next few days due to the cold spell.