The purification for healthier entertainment in Vietnam 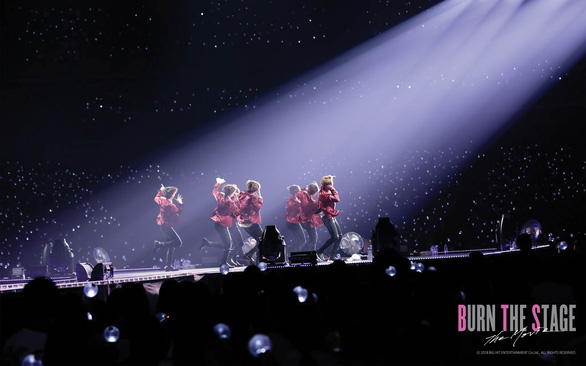 In Vietnam, cancel culture, a trend that began with a boycott of a specific person or group, gained popularity in the years 2020 and 2021 as a result of controversial artists, television shows, or films that getting down audience reactions.

With their exceptional talent, these entertainers became idolized by many teenagers and amassed millions of social media followers.

However, their newfound success brought with it a slew of criticisms and judgments from their fans and the online community based on their actions and verbal expressions.

Harsh judgments from online communities sparked a new movement known as ‘cancel culture,’ which is currently being imposed on entertainers who have engaged in questionable actions and behaviors.

A more wholesome entertainment industry, where talented artists with great personalities can shine, is a tangible wish of the young, according to a youngster’s opinion when looking back at cancel culture in Vietnam in 2021, and on the other hand, the audience also needs to have decent behavior.

The boycott trend is considered as a way to ‘purify’ the industry by removing artists who have committed wrongdoing or made immoral statements so that justice can be served, as well as a wake-up call to fans who have blindly admired their idols.

The debate over contentious issues does not end with online criticism; rather, cancel culture in Vietnam takes them to a whole new level.

The audience has responded in a variety of ways, including a ban on television shows, a halt to donations, and even prosecution for legal issues.

These responses have two sides, but they are sometimes exaggerated.

However, it is a reasonable response that reflects social norms and laws. In the case of more serious issues, concerned parties demand that law enforcement conduct a thorough investigation.

Cancel culture in Vietnam must develop in a civil manner in accordance with the laws in order to purify the entertainment industry, rather than engaging in personal attacks or leaving no stone unturned, as in other industries.

Cancel culture has been studied and dissected all over the world, and researchers have concluded that it frequently associates with younger populations.

Especially with generation Z, cancel culture does not stamp at one place but develop overtime.

Nguyen Le Dung, studying for a master’s degree in Multimedia at Myongji University in South Korea, stated that her friends are no strangers to the cancel culture in Vietnam’s entertainment.

However, Dung chooses to be a bystander rather than participate or boycott.

“People used to say that there was no cancel culture in Vietnam in 2021, but I saw some artists had to quit or apologize in public,” Dung stated

“Those obviously show that cancel culture is an online movement but has real impact.

“However, I saw some artists got exposed to shame for minor mistakes.”

According to Dung, her friends that born between 1995 and 1997 usually gossip about celebrity scandals. Not all of her friends support the boycott, but they all agree that there is a cancel culture in Vietnam.

Everyone agrees when the terms ‘purify the entertainment industry’ or ‘calling on Vietnamese artists to obey the laws and morals’ are mentioned because it is the right thing to do.

Is there a rainbow after a rainstorm?

Every generation goes through a maturation period in which they are enraged by the unfairness of life.

Following that, it is time to be truly mature and seek solutions to the root cause of the unfairness.

According to Persuasion, the cancel culture may be wiped out soon and replaced by the empathy and forgiveness culture.

According to a Morning Consult study conducted in July 2021, generation Z unexpectedly changed their point of view to support eradicating the culture of cancellation.

Dung, who considers herself to be in the neutral group, appears to be confident that in the future, empathy and forgiveness will be the main social norms against controversial artists.

Beside from that, another crucial thing is that artists and the entertainment industry must comply to the laws.

According to Dr. Nguyen Phuong Mai, Associate Professor from Amsterdam University of Applied Science, Holland, the missing piece in this trend is the lack of laws.

“The controversial issue about charity money is really the absent of regulations that people can follow,” Mai said.

“When law enforcement undergoes an investigation, we should not provoke the artists.

“Being investigated does not preclude artists from performing on stage. They are not criminals until a court of law convicts them.

“The right thing to do is to push the promulgating of laws.

“When laws are in place, we can simply show the wrongdoing of artists by them and receive the appropriate punishment rather than turning social media into a virtual courtroom.”

Purifying the entertainment industry by requiring artists to be talented and to follow the law.

This is a worthy cause, but it can only be realized with sincere initiative.