The task on state apparatus streamlining set by the Politburo was fulfilled in 2021 for the first time. More than 10 percent of civil servant personnel and 11.67 percent of public employees at non-business public units have been cut. 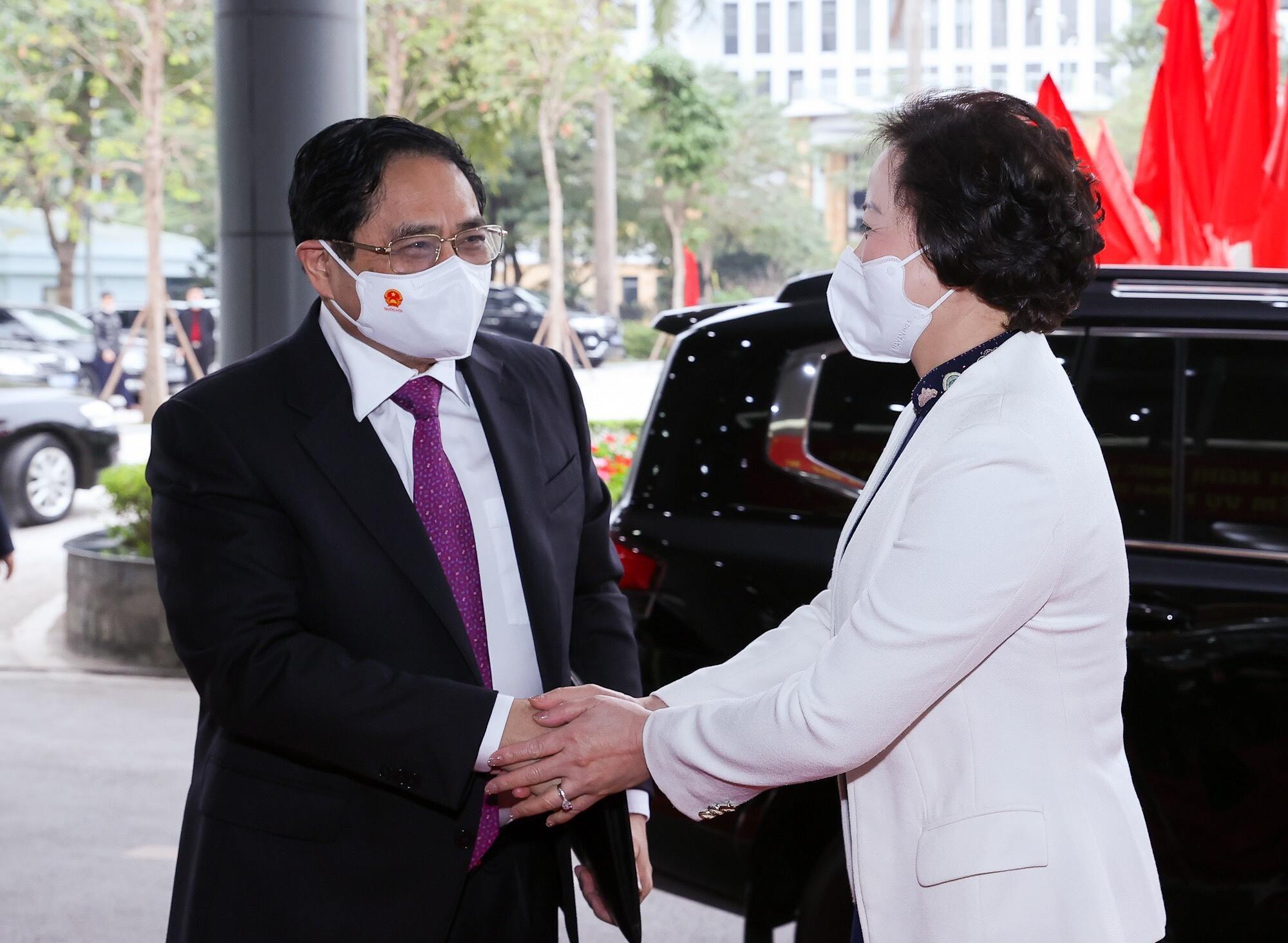 The Ministry of Home Affairs on January 12 organized an online conference reviewing the implementation of the tasks in 2021 and discussing new tasks for 2022. PM Pham Minh Chinh attended the conference.

Minister of Home Affairs Pham Thi Thanh Tra said at the conference that the home affair sector has overcome difficulties, fulfilling the tasks assigned to it by the Party and State.

The outstanding achievement was that it worked as an advisor to the Government and the Prime Minister and coordinated with ministries and branches to continue the restructuring of the state administrative apparatus, from central to local levels, to make it compact and effective, with the focus on re-arranging the institutions within specialized agencies, and provincial and district’s people committees. The Ministry of Home Affairs has built an action plan and organized the implementation of the plan in a drastic way.

Thanks to drastic measures, the home affair sector fulfilled and exceeded the target of personnel cuts in 2017-2021 as per the direction of the Politburo and Party.

It actively joins forces with local authorities in implementing the rearrangement of administrative agencies at commune and district levels in 2019-2021; and in piloting the urban administration model in Hanoi, Da Nang and HCM City.

The ministry has also taken initiative to act as an advisor to administration reform, especially in procedure reform from the central to local levels, in association with e-Government, striving for digital Government and digital administration, to improve the efficiency of public administration.

The ministry has been proactive and determined to promote digital transformation, contributing to changing the perception and working methods of the civil service staff.

2021 was the first year that saw the fulfillment of the apparatus streamlining of cutting 10 percent staff set by the Politburo, with 10.01 percent of civil servants and 11.67 percent of employees in non-business public units. The number of officials at commune level has decreased by 8.94 percent

The total number of civil servants in state administrative agencies and organizations (excluding those of the Ministry of Public Security and Ministry of National Defence and commune officers) is currently 247,722.