Some scenarios for coffee prices in 2022

Over the past two years, whilst the Covid-19 pandemic was raging over economies, coffee prices on both the derivatives market and domestic market have taken great strides. 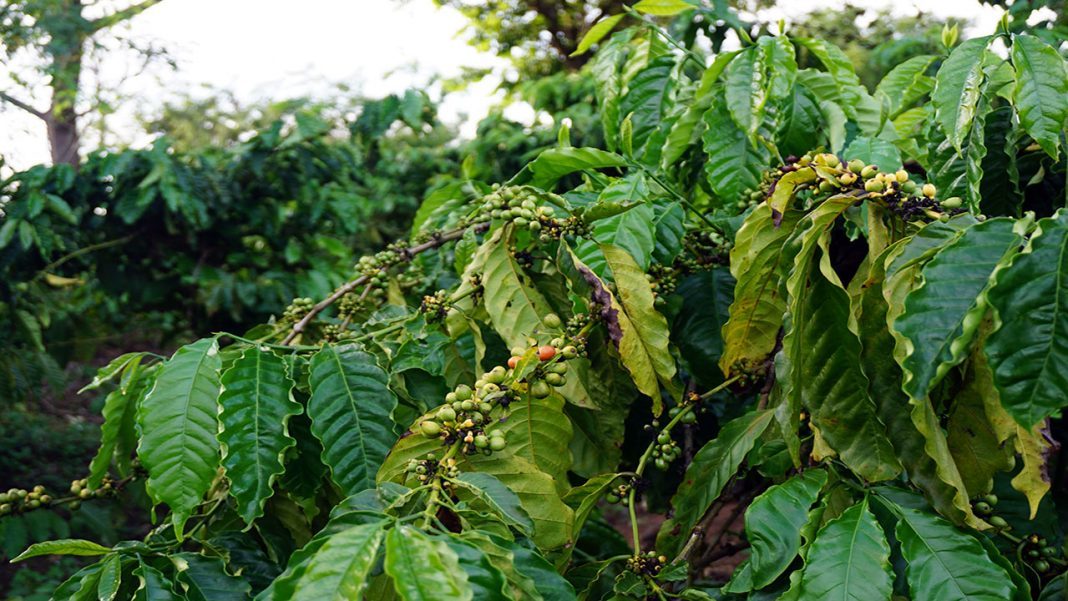 The following article tries to provide some answers to the question as to how coffee prices would be like this year.

The price hikes prove that the prediction of the 10-year coffee price cycle made by observers well-versed with this market is right. However, will this surge—which was too fast and too short, mainly in the second half of 2021—continue in 2022 or has it already come to an end? What will become of coffee prices this year?

Coffee is no exception. Many other commercial agricultural products have seen their prices soaring, and most of them have reached the highest peaks over decades. When it comes to coffee, in the entire year of 2021, investment efficiency up to December 30 on the arabica exchange soared by 68%, or 92.6 cents/lb equivalent to US$2,041/ton, and that on the robusta exchange rose by US$902 posting a 61.32% rise.

However, the key driving forces behind the coffee price hikes came mainly from stimulus packages in major markets, such as the United States, the European Union and Japan. Central bankers in these countries spared no efforts to stop the economic slump in the countries. Money volumes worth tens of thousands of billions of U.S. dollars were pumped into the market plus the undercutting of the policy rate. Cheap money strongly activated the purchasing power of speculators and business people. Among these markets, coffee is one of the few commercial commodities which boast the highest liquidity.

It would be incomplete if the ongoing crisis in the global logistics industry is not taken into account. Cargo transport, especially maritime traffic, was disrupted or delayed, not only from an exporting nation to an importing country but also inside a nation, as authorities tightened social distancing measures to prevent the pandemic from further spreading. Coffee stockpile in consuming countries waned—particularly when it comes to the inventory of standard coffee which could be auctioned on commodity exchanges—to the lowest point about one year ago.

Coffee price in 2022: the determining factors

As huge volumes of bank notes have been printed while there have been acute shortages of goods on supermarket racks due to the logistics crisis, inflation soars around the globe. In the U.S., the monthly rate in November 2021 surged to 6.8%, the highest level since 1980. Hyperinflation is now forcing policymakers to devise plans to quicken the withdrawal pace of their stimulus programs and raise interest rates ahead of schedule. The volume of capital pumped out will be rapidly taken back in the first quarter of this year. This move is not good news for traders of commercial goods when sources of floating capital readily available may be smaller soon and financial costs look set to rise, which means they have to speed up selling and lessen buying.

Brazil, the world’s largest coffee producer, is projected to return to the “bumper-crop year” cycle with production forecast to reach the record of more than 60 million bags a year (a bag is 60 kilograms of coffee). Actually, in 2021, despite a bad crop, Brazil still harvested between 56-57 million bags. However, Brazilian coffee traders managed to sell almost all the coffee production due to the rising futures prices and the depreciation of the local currency. By December 2021, Brazil had sold almost 80% of the coffee harvested for 2021 to prepare for the new 2022 crop whose harvesting time is slated for April 2022 in case of robusta coffee and July 2022 in case of arabica. During the current cycle, the U.S. Dollar Index (DXY) has highly appreciated against Brazil’s local currency.

When a domestic currency is significantly weaker, much stronger pressure will be piled on the country’s export sector due to the fact that local farmers’ income depends more on the domestic currency. If many exporting nations face the same problem as Brazil does, the selling power of coffee on the international market will force commodity exchanges to cut coffee prices. On December 30, DXY was at 96.02 points while Brazil’s real is at a rate of R$5.57 to the U.S. dollar, not much higher than the record low of R$5.99.

The logistics crisis is projected to linger. However, it should be noted that the peak of the shopping season in developed countries, often at the end of the year, would be quickly over. At least, the volume of daily commodities supplied by other continents for the EU and the U.S. will give way to containers and ocean liners carrying materials and other goods to elsewhere. In that case, coffee will be prioritized. Recently, some traders said due to the container scarcity, they had leased conventional maritime vessels to transport goods instead of container ships.

Characteristics of coffee market in and after the pandemic

Normally, in commercial goods transactions, traders vie for the leading position. When stockpile declined and coffee could not be transported to consuming countries, the right to fix price should have been in the hands of coffee seller. But it is not the case. The right to give price still securely belongs to the buyer.

Domestic coffee prices have traditionally mirrored those quoted on derivatives markets. However, last year, when prices on derivatives exchanges rose to the highest level over the past decade, prices at home hovered around VND42 million/ton, the highest over the past four years. The price of category two export coffee (5% broken maximum) in accordance with the margin between the London exchange and the FOB price is currently at US$450-500/ton below the quoted futures price for March 2022, which is among the lowest ever gaps in history since Vietnam began to export coffee in late 1980s.

The key scenario: not very favorable

Considering the most likely impacts—such as the U.S. monetary policy, the tightening policies formulated by key consuming markets, Brazil’s bumper crop, and coffee producing countries’ efforts to sell their stockpile caused by the shipping crisis and high inflation in coffee exporting nations—the most plausible scenario for the coffee market this year is not very favorable.

It is highly likely that the farm produce market is still in an economic “super cycle” and coffee prices may retain the high level. The highest expectations of the prices of arabica coffee are at more than 300 cents/lb and robusta at US$2,600/ton. However, soon after reaching a certain peak, prices is projected to immediately make a U-turn and drop sharply.

By saying “not very favorable,” the author does not mean coffee prices would plunge to the bottom price in 2020. As the end of Covid-19 is nowhere to be seen, coffee prices will be subject to sudden fluctuations before becoming stable. The closing prices of robusta coffee on December 30, 2021 was at US$2,373/ton and of arabica at 228.85 cents/lb, or US$5,045/ton. As 2022 further unfolds, the London Robusta coffee price may remain stable at US$2,000/ton with a tolerance of +/-US$100/ton.

How about the domestic coffee prices? If the logistics crisis prolongs indefinitely, although futures prices fall, domestic coffee prices will not sink because production costs soar. If we use the VND39 million/ton level for the lowest price, then the tolerance of this scenario is +/-VND1 million. As a result, expectations that coffee prices could soar to VND45 million/ton seem to have a far distance from this most plausible scenario. However, they are not quite unrealistic if Vietnam’s domestic currency depreciates substantially.