The Ministry of Industry and Trade (MOIT) has come to several conclusions after its review of issues related to rooftop solar power development. 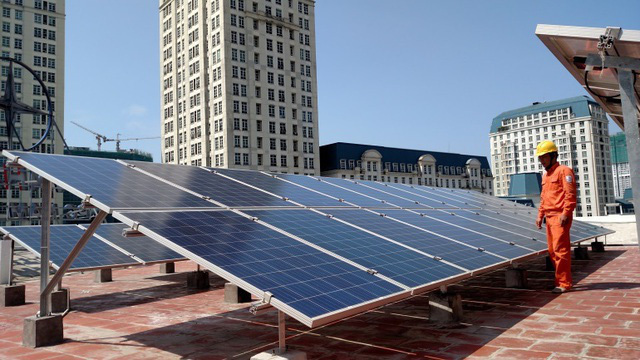 MOIT’s inspectors toured power units of the Southern Electricity Corporation where there are a high number of rooftop solar power works put into operation prior to January 1, 2021.

At DongNai Power Company, the time of implementing the connection of rooftop power works with the national grid was later than that required by MOIT (two clients). The company signed a power purchase agreement (PPA) with a capacity exceeding the capacity in the agreement on connection to the grid, which is contrary to regulations set by MOIT.

Binh Duong Power Company violated the regulation when signing PPA with a capacity higher than capacity shown in the agreement on connection to the grid, which doesn’t match the capacity in the electricity sale application and with the official acceptance record.

The company also signed PPAs with a capacity higher than the registered capacity, which is contrary to MOIT’s regulation. The violations happened with rooftop power works at BP Solar, Bac Phuong and Gia Nhat Minh Investment and Trade Co Ltd.

According to inspectors, accepting the higher capacity, which causes overloading of the transmission system, is a violation of the PM’s Decision.

The inspectors also found that the company signed PPA with the wrong subjects, which were not rooftop solar power works.

Thirty percent of photovoltaic panels were installed on the frames, not the roof, so they are not considered rooftop power systems.

Violations have also been found at Binh Thuan Power Company.

As for the Central Power Corporation, the inspectors found the same violation. The time limit for implementing the connection of rooftop solar power works with the national grid exceeded the deadline stipulated by MOIT.

The central region is appealing to investors in the field of renewable energy to capitalise on its natural resources and boost economic development.