Solar and wind power: the race among investors

The Feed in Tariff (FIT) incentive helps attract a private investors but there are still bottlenecks that causes them to hesitate to pour money into solar and wind power projects. 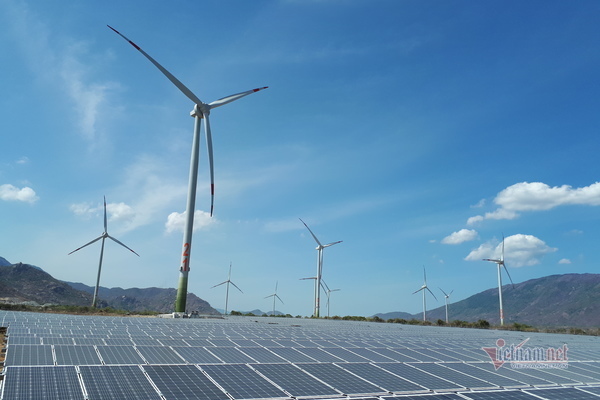 As many as 84 wind power plants with the total capacity of 4,000 MW had a commercial operation date (COD) prior to October 31, 2021, which means that these plants can enjoy the FIT.

Meanwhile, 37 other projects registered with the total capacity of 2,455 MW could not become operational prior to that day and can’t enjoy the pricing.

As for solar power, 16,000MW, including 9,000MW of concentrated solar power and 7,600MW of rooftop power, have been put into operation.

Within several years, the total capacity of wind and solar power has exceeded 20,000MW, accounting for a considerable proportion of the total electricity generation capacity of 70,000MW. With the figure, Vietnam has become one of the fastest growing renewable power markets in the world.

The FIT mechanism, with VND2,100 per kwh for solar power and VND2,000 for wind power, has brought excitement to private investors.

Billions of dollars from private investors have been poured into solar and wind power projects. Nguyen Anh Tuan, an energy expert, said this shows the Government’s strong determination to develop renewable energy.

“This is a big effort made by a country which considers coal as the major electricity generation source and has nearly used up resources for hydraulic power, while electricity demand increases by 9 percent per annum,” Tuan said, stressing the role of the private sector in the development of the clean power.

According to Tuan, the growth in electricity generation in Vietnam mostly comes from private investments and FDI (foreign direct investment). With these investments, Vietnam is witnessing a renewable energy boom, which is changing Vietnam’s energy structure.

After Vietnam made strong commitments at COP26 on reducing net emissions to zero by 2050, renewable energy will play an increasingly important role in the future.

Nguyen Van Vy from the Vietnam Energy Association (VEA) said the Politburo’s resolution says renewable power will account for 40-50 percent of total electricity generation sources by 2050. Meanwhile, with the commitment at COP 26 (26th United Nations Climate Change Conference of the Parties), the figure is double, 80-90 percent by that time.

The national power development plan for the period 2021-2030 needs to be designed in a way to align with Vietnam’s commitment to net-zero emissions by 2050.

The figure is very difficult to achieve. Anyway, with experience from investments in solar and wind power so far, the private sector is expected to lead in making investments in this field.

However, the boom created by the attractive pricing mechanism may be followed by a period of cooling if policies are not stable and clear.

The boom in renewable power was created by policies, and in order to continue to develop, the Government needs other ‘stronger’ policies.

Currently, investors still are insecure because of unpredictable factors such as Covid-19, the overloading of transmission lines and electricity generation cuts due to weak transmission networks.

Trung Nam’s Group and other businesses have been put on tenterhooks these days after receiving the notice that from Jan 1, 2022, the Electricity of Vietnam (EVN) won’t continue mobilizing the electricity capacity which still doesn’t have a pricing mechanism from Trung Nam -Thuan Nam, ThienTan1.2 and ThienTan1.3 plants, until the Prime Minister makes a decision on the pricing mechanism for capacity exceeding 2,000MW in Ninh Thuan province.

The investor’s report showed that the revenue of 450 MW solar power plants can be defined only partially, because only the electricity price of 277.88 out of 450 MW has been fixed. Meanwhile, the price remains unclear for the remaining 172.12 MW. This has put the investor under pressure.

NinhThuan People’s Committee and Ninh Thuan Delegation of National Assembly Deputies have sent documents to Prime Minister and National Assembly Standing Committee, asking to continue mobilizing electricity output to be generated by the plants, because the investor in the project is supporting the transmission of electricity for renewable energy projects in the province, and is bearing transmission cost for the 500 KV Thuan Nam Transformer Station.

The investors of other projects which failed to have COD by November 1, 2021 are also holding their breath waiting for the new pricing policy. Other investors remain undecided on whether to join the market.

Investing in renewable energy since 2016, Nguyen Hoang Long, CEO of Gelex Infrastructure, said that the risks are high as investors don’t know which policy will follow the FIT mechanism.

“Everything will be smooth if investors can complete the projects on schedule. But what if they cannot?” he asked, adding that the Government needs to create stable policies, so that investors can make long-term investments in the field.

Also, the pricing mechanism needs to be considered thoroughly, so that solar and power won’t push the average electricity prices up to overly high levels. Though renewable power price has decreased sharply compared with 10 years ago, it is still costly. Deputy Minister of Industry and Trade Dang Hoang An stressed that the optimal goal is providing enough electricity for the economy at reasonable costs.