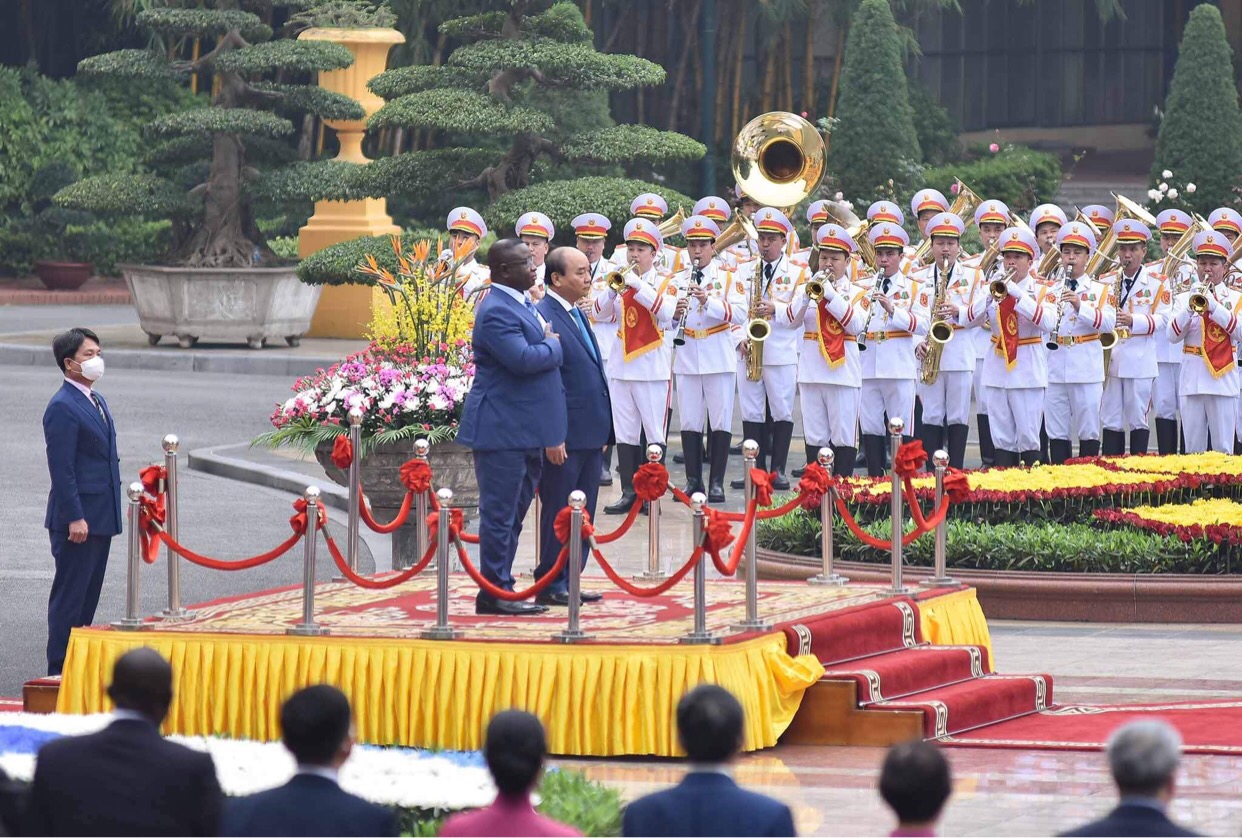 President of Sierra Leone Julius Maada Bio expressed his admiration for the history of Vietnam during talks with Vietnamese State President Nguyen Xuan Phuc in Hanoi on Tuesday.

President Bio, who is on his first official visit to Vietnam from March 14 to 20, was formally welcomed by his Vietnamese counterpart in Hanoi on Tuesday afternoon, according to the Ministry of Foreign Affairs.

During their talks following the ceremony, President Phuc highlighted the significance of President Bio’s visit, which takes place on the occasion of the 40th anniversary of the two nations’ diplomatic relations.

President Bio believed that his visit will continue to tighten the strong cooperative relationship between the two countries.

He expressed his admiration for Vietnam’s history and how the Vietnamese people fought for national independence in the past.

The Sierra Leonean leader added he was impressed by Vietnam’s achievements in socio-economic development in recent years, as well as the results of the country’s response to the COVID-19 pandemic.

Both presidents aired their delight at the fruitful development of the bilateral relationship across all fields.

The two nations have worked together in agriculture and investment, the leaders added.

They agreed to maintain visits and meetings at all levels, and strengthen collaboration and mutual support at multilateral forums, especially at the UN.

Both sides agreed that economic cooperation is the focus of bilateral relations, adding that the two nations will implement their signed agreements to boost trade ties, including the trade of rice.

Favorable conditions will be provided for businesses in both countries to seek cooperation and investment opportunities.

They will also turn agriculture into a key pillar by sharing experience to promote cooperation in the field within bilateral and tripartite frameworks.

Following the talks, the two presidents witnessed the signing of three cooperation deals between ministries and sectors of Vietnam and Sierra Leone in diplomacy, agriculture, and fishery.

As part of his agenda, the Sierra Leonean leader met with Prime Minister Pham Minh Chinh in Hanoi later the same day.