The number of children contracting Covid-19 has begun increasing. Hospitals have reported a number of severe, critical and fatal cases among children. 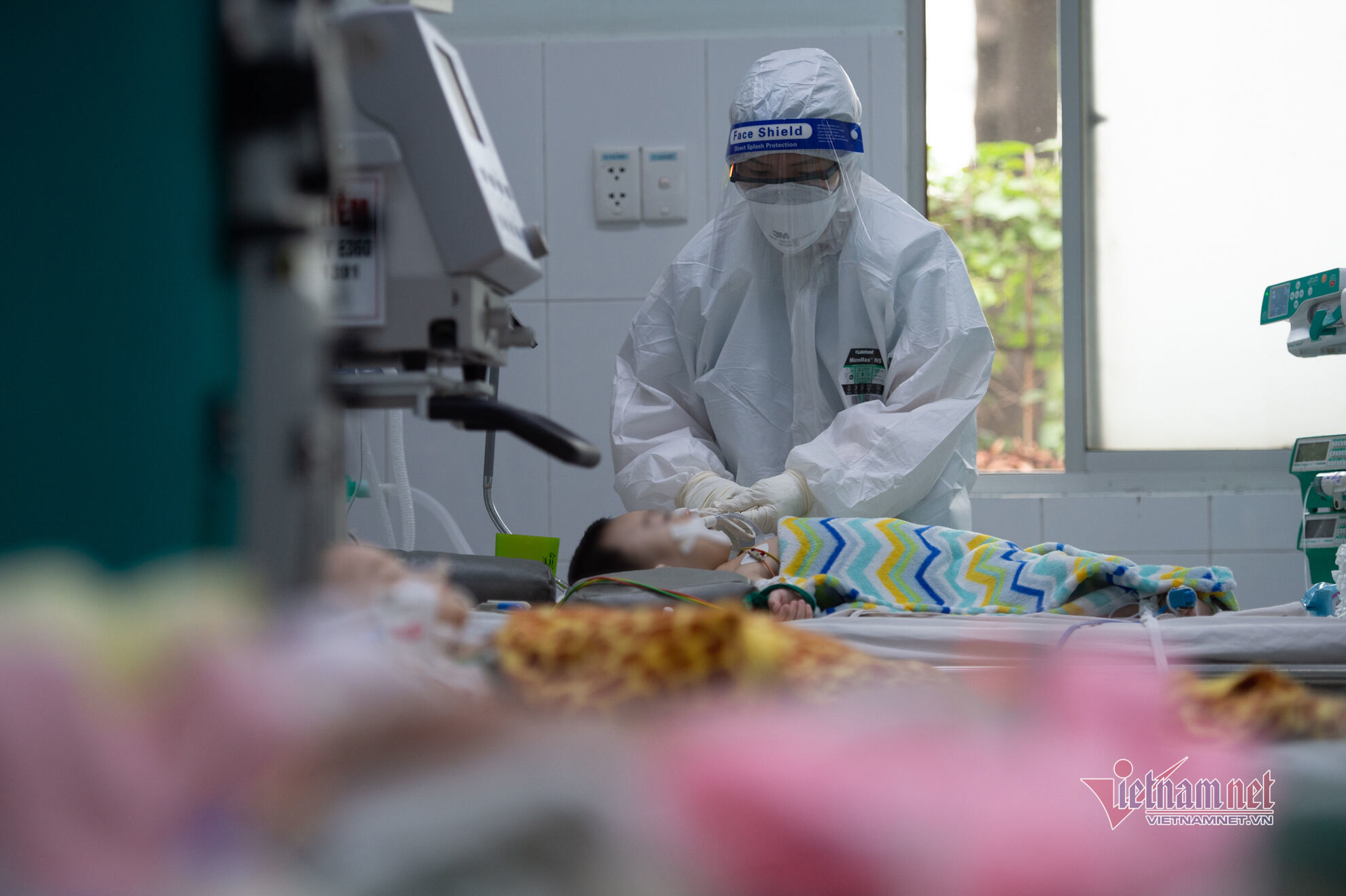 Nguyen Trong Khoa, Deputy Director of the Department of Medical Examination and Treatment under the Ministry of Health (MOH), on February 16, 2022 reported that 2.5 million Covid-19 cases had been confirmed as of February 14. More than 2.2 million had been cured. There have been 39,432 deaths (1.5 percent).

Khoa also provided figures reported by the National Children’s Hospital. As of February 7, 611 cases had been diagnosed as Covid-19. Of this, 545 had been transferred to local medical units, 51 cases had recovered and 10 cases had been under treatment.

The hospital has reported five deaths, including three neonatal babies, a one-month old and a six-month old from Bac Ninh.

“The figures show that it’s necessary to pay high attention to newborns and patients with underlying diseases, because if infected, these groups are more likely to die.”

Khoa said the death rate among children is low. As Vietnam has reopened and communications have come back to normal, the number of infections among children will be high, which may lead to a higher number of deaths.

Phan Huu Phuc from the National Children’s Hospital noted that the proportion of children with severe symptoms has been relatively low in the last two years, However, worries have been raised in recent months, when the new variant appeared. The number of child infections has begun increasing and there have been some severe cases and deaths at his hospital.

“We know that children born prematurely and children with underlying health conditions are more likely to turn severe than other children,” he said.

“However, some children with low risks still turn severe,” he said, adding that one of the worrying complications is MIS-C (Multisystem Inflammatory Syndrome in Children).

Doctors Nguyen Lan Hieu and Le Nhat Cuong from the Hanoi Medical University Hospital showed the methods of treating children at a conference on the handling, care and treatment of children with Covid-19.

Hieu said Covid has been present for the last two years and the number of children contracting Covid-19 is on the rise. The symptoms in children are milder than in adults.

The treating and caring for children with Covid at home, according to Hieu, is done to promptly detect severe symptoms, treat common symptoms and avoid cross-infection in the family. The benefits of home treatment are that children can be cared for by relatives and don’t have to change their living environment, which avoid psychological impact.

About 490,000 children in Vietnam were confirmed to have contracted coronavirus since the beginning of the pandemic, according to deputy health minister Nguyen Truong Son.

The Government has approved the procurement of 21.9 million doses of the Pfizer Covid vaccine for children aged between five and 11.