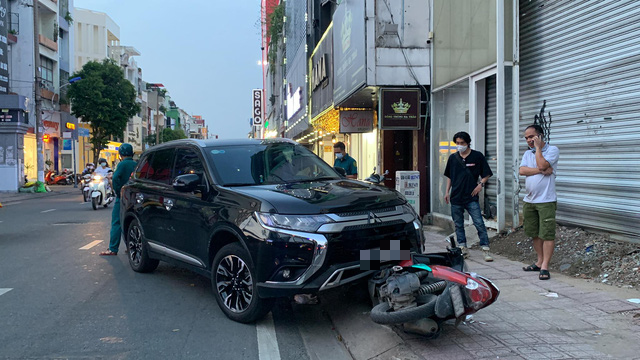 Authorities in Ho Chi Minh City have lauded a lecturer of the People’s Security University for using his car to help catch a street robber.

The People’s Committee of Phu Nhuan District in the southern city awarded on Monday a certificate of honor to Lieutenant Colonel Le Hoang Viet Lam, lecturer of the People’s Security University.

Lam witnessed a robber riding a motorbike snatch the mobile phone of D.H.B., who was walking on the sidewalk of Ho Van Hue Street at around 5:00 pm on Sunday.

As the snatcher raced away, Lam used his car to block the robber’s way, making him fall on the road.

Nguyen Van Duc Lam, a passer-by, joined Viet Lam to chase after and catch the robber.

Viet Lam and Duc Lam then handed over the robber to local police.

Duc Lam also received a certificate of honor for his brave act on Monday.

On the occasion, the People’s Committee of Phu Nhuan District delivered the same certificate to Lien Ngo Nhut Quoc Dai, 43, for rescuing a person from a fire.

Dai discovered that a house next to his was on fire on Ho Van Hue Street at 0:55 am on Sunday.

He also heard the call for help from the house’ owner.

Dai, with the assistance of other people, helped the owner safely escape the house fire.

The man then used a fire extinguisher to control the blaze and reported the incident to local authorities.