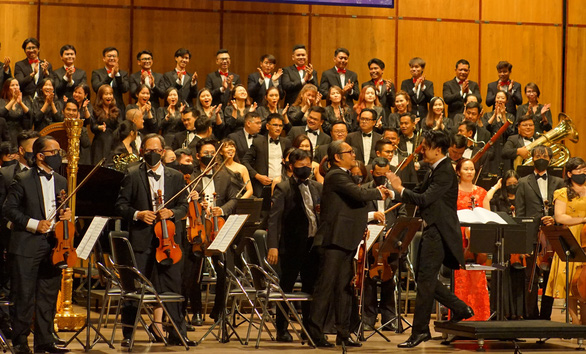 The Ho Chi Minh City Ballet Symphony Orchestra and Opera (HBSO) will present a concert at the Municipal Theater in District 1 to highlight Russia’s musical achievements on Saturday this week.

The concert, which will be led by Vietnamese conductor Tran Nhat Minh, will introduce notable accomplishments and provide an overview of Russian music spanning more than 150 years, including both well-known and unfamiliar melodies.

The performance will begin with an excerpt titled Overture from the 1899 opera musical The Tsar’s Bride by composer Nikolai Rimsky-Korsakov (1844-1908).

This is his tenth musical about the first Russian tsar out of fifteen.

Scheherazade, a composition by Rimsky-Korsakov based on the well-known tale One Thousand and One Nights, has achieved international renown. This work has also been performed by the HBSO.

The HBSO selected an excerpt from Prince Igor, composed by Alexander Borodin (1833-1887), to play after Rimsky-Korsakov’s Overture.

The song of the Polovtsy girls (Turkic nomadic people) is the most well-known piece from Prince Igor.

Borodin left behind an unfinished musical that was completed by numerous people, including Rimsky-Korsakov. The musical made its debut in 1890.

The first portion of the concert will conclude with works by one of the 20th century’s most renowned Russian composers, Georgy Sviridov (1915 – 1998).

In this event, the audience will hear his famed composition The Snow Storm, which was written for the namesake movie in 1964.

The audience will also get the opportunity to hear the soprano voice of artist Pham Khanh Ngoc.

She graduated from the Ho Chi Minh City Conservatory of Music and won second place at the ASEAN Vocal Competition in Singapore in 2016.

She is a prominent HBSO member at present.