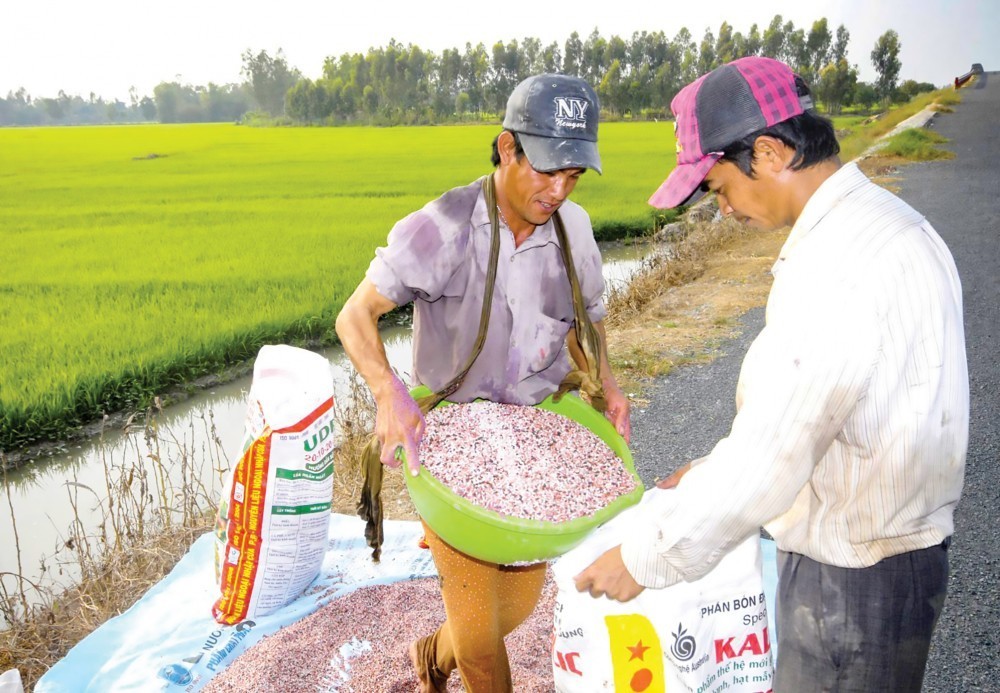 The conflict between Russia and Ukraine has affected fertilizer supply and prices in the world market. The price increased by 8-12 percent on February 24 over the day before.

It is now more difficult to import fertilizer from Russian, especially potassium, because Russia and Belarus supply nearly 50 percent of the global total potassium supply.

The farm produce bulletin released by the Agro Processing and Market Development Authority showed that the average retail price of all fertilizer products increased in February 2022 compared with January.

Seven out of eight major fertilizer products saw the price increase, and one saw the price rise more than 5 percent. The average retail price of 10-34-0 fertilizer was 5 percent higher than the month before, at $837 on average.

Vietnam is in a harvesting period and will begin the new crop in the first half April. In the north, farmers have begun cultivating the winter-spring rice crop. The demand for fertilizer is increasing. Meanwhile, businesses have been warned about the serious shortage of DAP 64 percent for Q2, and the price is expected to increase to VND25 million per ton.

As for potassium fertilizer, as Vietnam relies 100 percent on imports, the problems in supply from Russia and Belarus may push prices up to VND15-20 million per ton.

MARD has warned that farm trade between Vietnam and Russia and Ukraine will be seriously affected. Vietnam exports $500 million worth of farm produce to Russia each year (the figure was $550 million in 2021, including $164 million worth of seafood, $173 million coffee and $60 million pepper and cashew nuts.)

Analysts forecast that Vietnam’s fertiliser industry will continue to grow in the short term thanks to opportunities to increase market share in the international market.