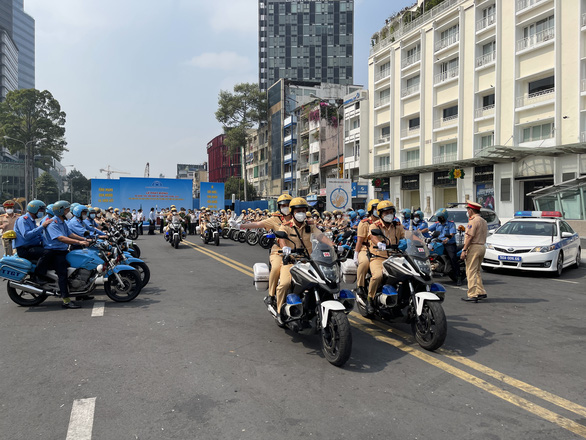 Thirteen people were killed and 15 others injured in road accidents across Vietnam on Saturday, the first day of a nine-day break marking the 2022 Lunar New Year (Tet) festival, traffic police reported.

These casualties were recorded from 26 crashes nationwide on Saturday, two days ahead of Lunar New Year’s Day, the Ministry of Public Security’s Traffic Police Department said the same day.

Compared to the same day of last year’s Tet, the number of accidents reduced by five while the deaths and injuries decreased by one and five.

Among the traffic infringements were 269 cases of driving under the influence.

No waterway or railway accidents were recorded on Friday, the Traffic Police Department said.

However, 83 instances of waterway traffic law violation were detected and more than VND50 million in fines were collected.

One case of railway traffic infringement took place in Da Nang and the violator was required to pay a VND450 million ($19,830) fine.