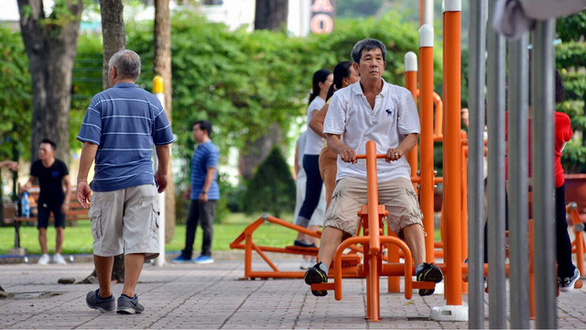 Residents of Dong Nai Province and Ho Chi Minh City have the highest life expectancy in Vietnam, at 76.5 years, versus significantly lower figures reported for people in Lai Chau, Kon Tum, and Ha Giang Provinces, according to a Human Development Index (HDI) report for 2016-20 announced by the General Statistics Office (GSO).

Of 63 provinces and cities across Vietnam, five localities took the lead for average life expectancy, including Dong Nai and Ho Chi Minh City both with 76.5 years, Ba Ria-Vung Tau with 76.4 years, Da Nang with 76.1 years, and Tien Giang with 75.9 years.

Overall, the life expectancy at birth of all provinces and cities marked a gradual increase between 2016 and 2020, the GSO said.

Fifty-six localities had higher life expectancy in 2020 than in 2016, three remained unchanged, and four saw a decline.

Localities where life expectancy was unchanged or decreased reported strong fluctuations in population structure, which were evident in the high immigration and emigration rates in the period.

For instance, the northern mountainous province of Ha Giang had its average life expectancy rise from 67.5 years in 2016 to 68.4 years in 2020.

In addition to life expectancies, heath indexes for many localities improved, with Ho Minh City and Dong Nai again leading the table with 0.869 points, the GSO said.

Vietnam also joined the group of countries and territories with a high HDI in 2019 and 2020, from the grouping with an average index previously.

Still, Vietnam’s HDI reflected some problems during the 2016-20 period, with most localities having a slow and low improvement rates.

In general, the country is average for the region, standing at the 7th position among 11 Southeast Asian nations.

Some localities, including big cities and industrial hubs, made little index improvement.

Therefore, it is necessary to develop a system of solutions to raise the HDI, especially those in the health and education sectors, the GSO said.