Rain in the forecast across Vietnam for holiday weekend 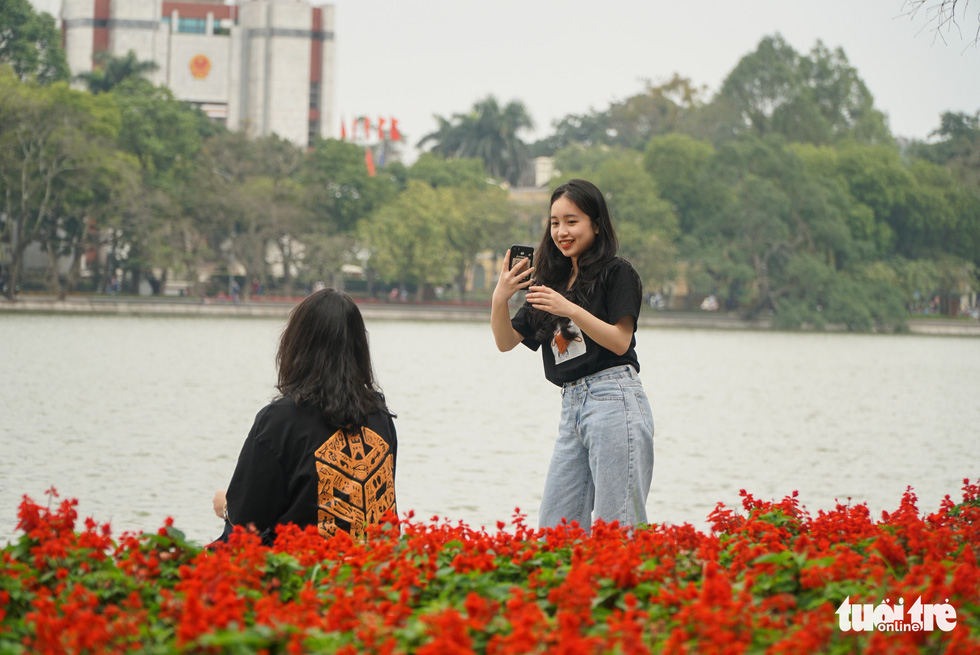 A woman takes a photo of her friend by Hoan Kiem Lake in Hanoi. Photo: Nguyen Hien / Tuoi Tre

The weather condition in northern Vietnam will be affected by a monsoon, while rains and thunderstorms will dampen the southern region during the upcoming holiday weekend.

Public workers in Vietnam will be given a total of four days off from Saturday to Tuesday to celebrate the country’s Reunification Day (April 30) and International Workers’ Day (May 1).

A northeast monsoon is expected to start affecting northern provinces on Saturday night, according to the National Center for Hydro-meteorological Forecasting.

Showers and occasional thunderstorms will dampen most of the region on Saturday and Sunday, with heavier precipitation recorded in mountainous localities.

The average temperature will fall on Sunday, and downpours will decrease in intensity on Monday and Tuesday.

In central Vietnam, light to medium rains are in the forecast from Sunday to Tuesday.

Meanwhile, the southern region will be affected by a trough combined with a low-pressure area in the southern part of the East Vietnam Sea.

From Saturday to Tuesday, showers accompanied by thunderstorms will fall in southern localities, including Ho Chi Minh City, and the Central Highlands.

It is more likely to rain in the evening.