Public investment in two expressways in the South

The Ministry of Transport has just submitted to the Prime Minister a pre-feasibility study report on two highway projects of Bien Hoa – Vung Tau and Chau Doc – Can Tho – Soc Trang. 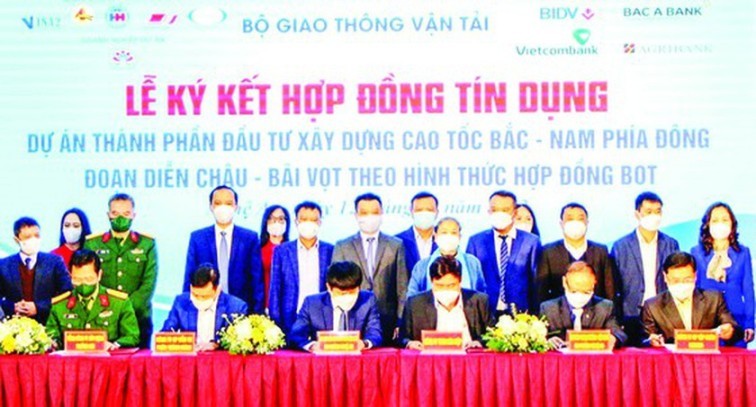 The Ministry of Transport estimates that the total investment of the Bien Hoa – Vung Tau Expressway project in phase 1 is about VND17.84 trillion from the State budget, a decrease of roughly VND150 billion compared to the previous PPP investment plan because public investment does not comprise interest expense. According to the Ministry of Transport, the project can start construction in early 2023 and will be completed in 2025.

As for the Chau Doc – Can Tho – Soc Trang Expressway, the project has a length of 188.2 kilometers, from the intersection of the bypass of Highway 91 with Chau Doc City in An Giang Province to Tran De Port in Soc Trang Province. The project has a scale of four lanes in phase 1 and six lanes when completed, with a design speed of 80-100km/h. Site clearance is implemented once according to the approved planning scale.

The Ministry of Transport estimates the total project investment under the scale of four lanes is more than VND45.02 trillion from the public investment capital. The investment preparation starts from 2022, construction of the project will take place in the 2023-2025 period, and the project will be basically completed in 2026.

The consortium of investors of the Dien Chau – Bai Vot section of the North-South Expressway Project and banks, on February 12, signed a capital financing contract for the project at the headquarters of BIDV Nghe An Branch.

This component project passes through Nghe An and Ha Tinh provinces with a total length of 48.3km. The project invests in four lanes in phase 1 with a design speed of 80km/h. The project has a total capital of nearly VND11.16 trillion. Of which, investors mobilize about VND5.09 trillion, and the State capital is nearly VND6.07 trillion.

Mr. Le Kim Thanh, Director of the Public-Private Partnership Department under the Ministry of Transport, said that this project has the longest total construction duration of 36 months, with many works requiring high technology, such as Than Vu Tunnel and Duc Hung Bridge. Fully financed by the State for site clearance and a part of construction costs, this project is built to ensure the choice for users with the road service fee determined at the beginning. It is also a way to reduce the risk for investors and credit providers.