If private investors build electricity transmission lines, this would help ease the burden on the state. However, there must be a clear investment policy that will ensure benefits for the state, businesses and people. 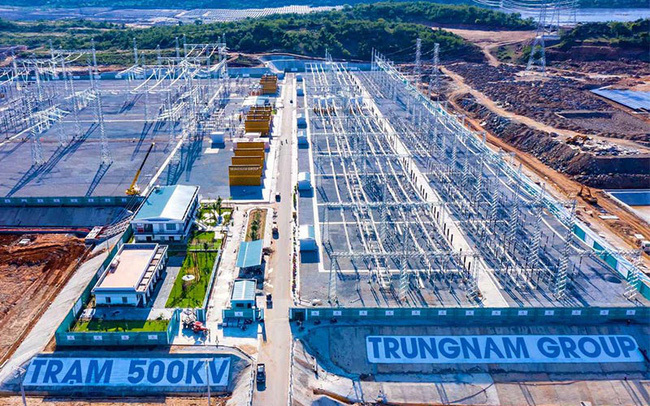 The National Assembly Standing Committee has convened its sixth session to discuss the amendment of eight laws, including the Electricity Law. The Government proposed amending the law to allow all economic sectors to invest in electricity transmission lines.

If the State opens the field (transmission lines and transmission stations, including backbone lines such as the 500 KV North-South) to all economic sectors, including foreign investors, it needs to specify which kinds of projects private investors can build as well as the projects the State will assign to the Electricity of Vietnam (EVN).

Allowing private investors to develop electricity transmission lines proves to be the best solution to settle the electricity shortage.

If private investors are allowed to participate in the development of electricity transmission network, this would help the State control electricity prices, and prevent price fluctuations and threats to the electricity system.

People will not have to incur additional costs, while state-owned companies would be relieved of the burden of developing transmission lines. The amount of money to be saved would be up to VND11 trillion a year.

“They will pour money into the electricity transmission network, while the State will still control the electricity regulatory unit. This will allow the system to operate effectively,” Dien said.

The Ministry of Industry and Trade (MOIT) is drafting the eighth national electricity development plan. Localities have registered many electricity generation projects with total capacity of hundreds of thousand of MW. However, the development of transmission lines has not been mentioned.

Regarding investment in transmission lines, EVN has to strictly follow the procedures. It took 2-3 years to complete the 220 KV line.

The electricity volume transmitted from its 450 MW plant via the 500 KV transformer station and transmission line over the last year accounts for only 8 percent of the transmission capacity.

However, there can be problems when private investors build transmission networks. Trung Nam Group is facing problems, including the arrangement of funding sources to maintain the operation of the 500 KV Thuan Nam transmission network, since the electricity selling price has not been fixed for the capacity of 172.12 MW (only 277.88 MW out of 450 MW have electricity selling prices fixed).

In a document to the Prime Minister, Ninh Thuan People’s Committee said while waiting for the handover of the Thuan Nam – Vinh Tan 500 KV line at zero dong to EVN, the plant transmits electricity to other projects in the province and bears transmission costs for the 500KV transformer station.

“It’s unfair for Trung Nam Group which has to bear the same electricity output cuts as other solar power projects,” the document said.

Local authorities have proposed that EVN prioritize using electricity from the 450 MW plant at the highest possible level, and set an electricity selling price for the 172.12 MW capacity.

A total of 42 wind power plants featuring a total capacity of 2,131.3MW have been approved for commercial operation as of mid-November, according to data released by Electricity of Vietnam (EVN).