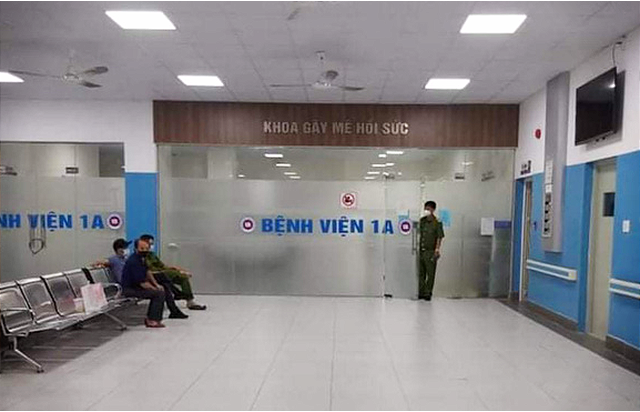 Police have initiated an investigation into a case where a woman passed away while undergoing a breast implant at a hospital in Ho Chi Minh City on Friday.

Ngo Anh Tuan, deputy director of 1A Hospital in Ho Chi Minh City’s Tan Binh District, said on Friday evening that his staff are working with the local police to clarify the cause of the death of 33-year-old N.T.N.N., hailing from the Mekong Delta province of Dong Thap.

N. went to the hospital for a breast augmentation at around 11:30 am on Friday as per a doctor appointment, according to her family.

After over three hours of waiting, N.’s family members asked medical staff about her health situation at around 3:00 pm and were informed that she had yet to wake up from anesthesia.

The medical staff also did not allow N.’s relatives to take a look at her.

As the relatives insisted on meeting N. and were denied repeatedly with the reason that she was suffering low blood pressure, they searched many rooms at the hospital for the woman and eventually found her already dead on a bed.

“Before the surgery, my sister felt not well, but the doctor said that her condition was qualified for the surgery,” said N.’s younger sister.

“Up to now, the hospital has yet to give any explanation to my family about the cause of my sister’s death.”

Tuan said the hospital had reported the case to the inspectors of the municipal Department of Health.

They refused to comment on N.’s cause of death, asking reporters to wait for the conclusion from the investigators.

The hospital leader affirmed that the doctor who performed the breast augmentation for N. is a contract employee at the institution and had a practice certificate.

The hospital representatives also presented necessary documents to local police after the incident.

The Center for Forensic Assessment of Ho Chi Minh City carried out an autopsy on N.’s body on Saturday morning.