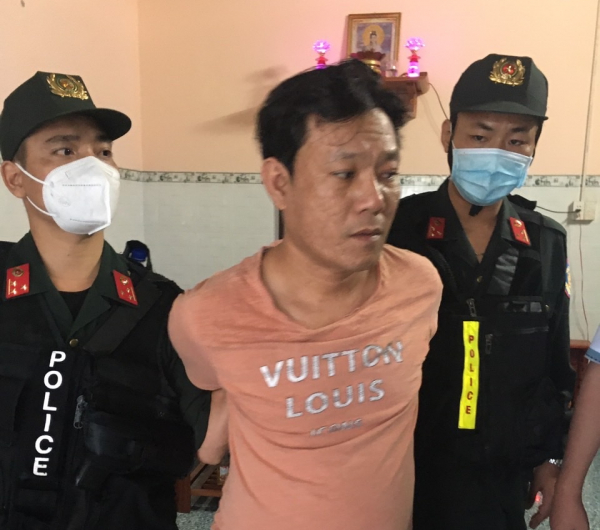 Phan Thanh Ngoc Minh is arrested in this photo supplied by police officers.

Vietnam’s Ministry of Public Security has broken up a gambling racket that operated in southern provinces and had processed transactions worth more than VND300 billion (US$13.2 million).

A source close to Tuoi Tre (Youth) newspaper confirmed on Sunday that the Ministry of Public Security had raided 14 locations and apprehended nine suspects aged 23 to 45, who reside in the southern provinces of Ba Ria-Vung Tau and Vinh Long.

The ring members exchanged information with gamblers via text messages and such mobile apps as Viber and Zalo.

The racket relied on the daily winning numbers announced by Vietnam’s official lottery firms to decide the results of its games.

Investigators revealed that the ring processed transactions worth up to VND1 billion ($44,000) a day.

In addition, Minh also provided his older sister with a betting account to run some football betting games at her coffee shop in District 8, Ho Chi Minh City.