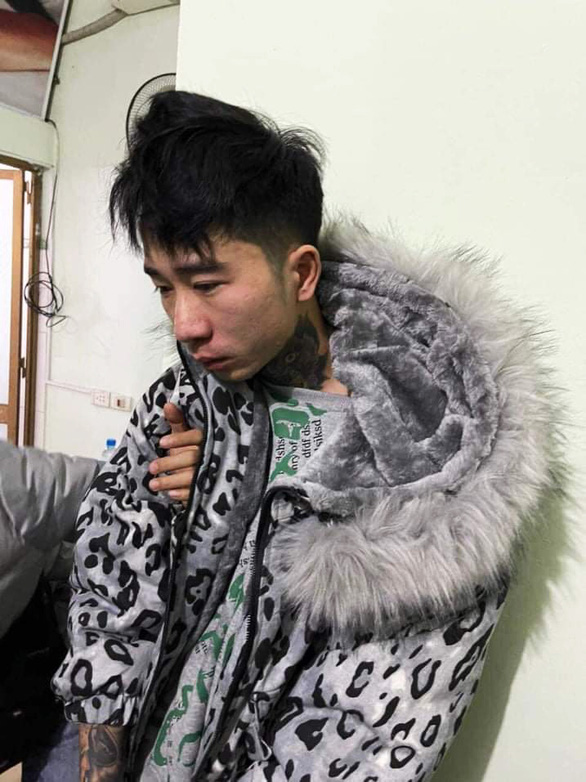 Nguyen Van Nam, the suspect in the robbery at the Dinh Vu Branch of Vietcombank in Hai Phong City, Vietnam is seen when he was arrested on January 9, 2022. Photo: L.T. / Tuoi Tre

Police in Hai Phong City, northern Vietnam have arrested a suspect accused of robbing a bank branch in the city with a gun two days ago.

Nam is accused of robbing the Dinh Vu branch of the Joint Stock Commercial Bank for Foreign Trade of Vietnam (Vietcombank) in Hai An District, Hai Phong of VND3 billion (US$132,200) on Friday afternoon.

Police are finalizing procedures to escort the suspect, a resident of the city’s Cat Hai District, to Hai Phong for further investigation, Colonel Thang said.

The robbery happened at around 3:20 pm on Friday when the suspect entered the Vietcombank branch and threatened the branch’s guard and other staff with a handgun in.

He then forced a female employee to give cash to him, VTC News reported, elaborating that after filling up his backpack with the cash, he fired a shot at the ceiling to intimidate everybody around before getting out.

Nam then escaped on a motorbike stolen from a security man at the branch.

All the developments of the robbery were recorded in the bank branch’s security camera.

There were no casualties reported and initial sources said the suspect had taken away the said amount of money.

Police later found the motorbike left by the suspect in a location five kilometers away from the crime scene in the same district.