Noting that the apparatus inside ministries and branches is still cumbersome and hierarchical, Prime Minister Pham Minh Chinh has asked ministers to restructure departments and general departments. 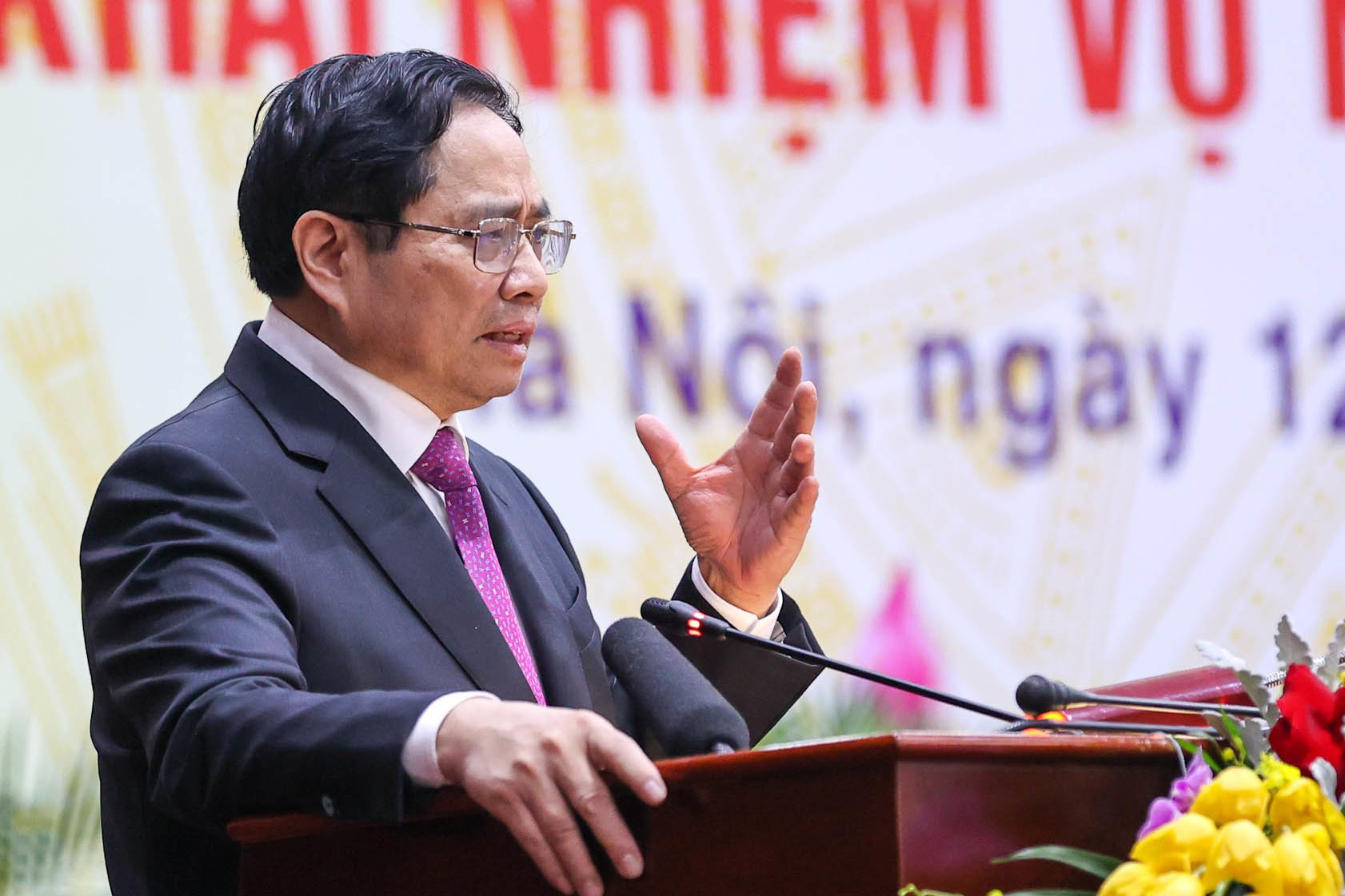 Speaking at a conference on reviewing tasks in 2021 and discussing tasks for 2022, the Prime Minister recognized the contributions of the home affairs sector to the achievements that Vietnam gained in 2021.

Chinh said he can see renovation in the leadership and operation of the sector. “You have renovated very quickly based on the real situation, not renovated impromptu. Your documents on decentralization and apparatus renovation are well prepared,” he said.

He said the Covid-19 pandemic has been a big typhoon which has tested the capability of the apparatus. During the typhoon, the weakness and problems of the political system have been exposed, especially the grassroots level.

Citing the lesson from HCM City, which didn’t attach much importance to decentralization, he said the apparatus became overloaded when the Covid-19 crisis broke out, leading to high number of severe cases and deaths.

“We have to pay a price for this,” he said, praising the fact that the Ministry of Home Affairs (MHA) has set to work on decentralization.

“The apparatus streamlining needs to be associated with efficiency improvement. It needs to be implemented together with restructuring and improvement of the quality of civil servants and public employees,” he said. “The Party’s guideline is clear and you are doing a great job in this field.”

Chinh pointed out that the apparatus of some ministries remains very cumbersome.

“Eight general directorates of the Ministry of Public Security (MPS) have been cut and the ministry still can operate smoothly and fulfill political tasks,” he said, adding that the success of the personnel cutback depends on determination.

He asked ministers to restructure departments and general departments, considering this an important task.

Regarding the education sector, he said: “There are only a few students going to class at a school, but nine teachers are assigned to teach them. Is it reasonable?”

Mentioning the management and use of civil servants and public employees, Chinh recognized positive changes. Exams have been organized to select best candidates for the workforce.

Talking about the tasks for 2022, Chinh said the MHA holds a very important and ‘sensitive’ function as it may harm officers’ interests. He mentioned the merger of HaTay into Hanoi, saying that it was a very difficult task which could not be fulfilled without strong political determination.

Another task that Chinh emphasized at the conference is ‘institution, institution and institution’.

“The Government puts institutional reform as a priority this year. It’s necessary to build up the mechanisms which don’t hinder but rather facilitate development,” he said.