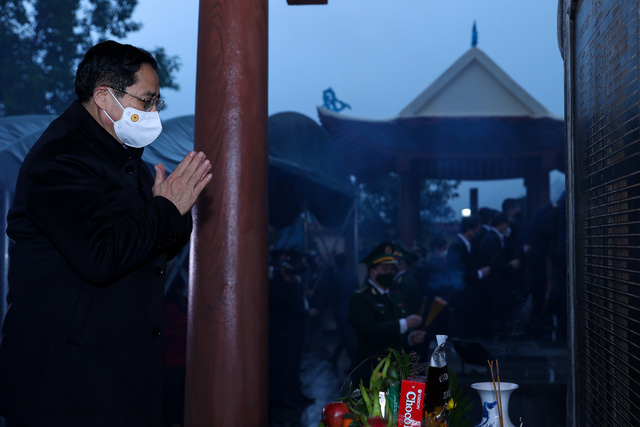 Vietnamese Prime Minister Pham Minh Chinh has visited a memorial in northern Quang Ninh Province to pay respect to martyrs who lost their lives during the 1979 northern border war ahead of the Lunar New Year (Tet) festival.

The memorial zone was established to commemorate border guard soldiers in Quang Ninh Province who fought to the last breath on February 17, 1979 to protect the country’s border and sovereignty.

He encouraged these residents to continue following the guidelines, policies, and laws of the Party and state, complying with pandemic control measures, and contributing to building a border of peace, friendship, and development.

The leader requested local authorities to ensure a safe and joyful Tet holiday for residents as well as border guard officers.

The Lunar New Year falls on February 1 this year.