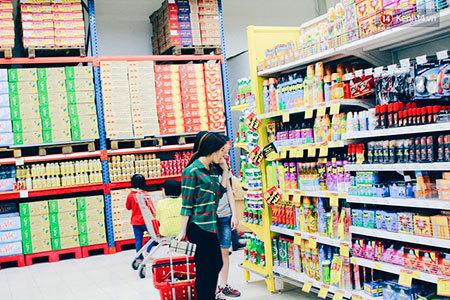 The Vietnamese stock market is seeing the strong rise of some shares despite the Russia-Ukraine crisis. Banking, retail, oil and gas, and pharmaceutical company share prices are increasing, which are helping the stock market maintain an upward trend.

While oil and gas shares benefited from crude oil prices due to geopolitical tensions, banks benefited from the Government economic stimulus package and pharmaceutical firms from the pandemic.

On February 22, MKP shares of Mekophar for the third consecutive day saw prices hit the ceiling with an increase of 15 percent each trading session. Just after three sessions, the price of the share soared from VND43,000 per share to VND64,800.

Mekophar is known as a Covid-19 drug manufacturer.

Meanwhile, FRT shares of FPT Retail owned by Truong Gia Binh, once the richest billionaire in Vietnam, saw prices increasing for four consecutive days, from VND94,000 per share to VND116,000.

FRT has had the biggest benefit from the government strategy on living together with Covid-19. It plans to obtain a revenue increase of 20 percent in 2022 to VND27 trillion and profit increase of 30 percent.

The Gioi Di Dong (MWG) is also selling Covid-19 drug via its An Khang drugstore chain.

Mekophar (MKP), the Covid-19 drug manufacturer, did not have an impressive business performance in previous years. In 2021, MKP reported a modest post-tax profit of VND16 billion, a decrease of 60 percent compared with 2020.

Mekophar did not make a breakthrough in the last decade, while revenue and profit decreased in the last three years. It is facing stiff competition in the pharmaceutical sector.

VMD shares of Vimedimex also increased in price in 2021 thanks to information that it had obtained a license to import 30 million Covid-19 vaccine doses. However, the share prices later dropped sharply from the peak of VND80,000 per share in August 2021 to VND30,000.

On February 22, the price of the share hit the ceiling level amid the price increases of all pharmaceutical shares.

TRA shares of Traphaco also increased significantly from VND78,000 per share in mid-August 2020 to VND100,000 in early September thanks to the information about the strategic shareholder from South Korea.

Analysts found that pharmaceutical shares attract foreign institutional investors from the US, Germany and South Korea.

The foreign ownership ratios at some pharmaceutical firms are relatively high. At Pymepharco (PME), more than 99 percent of shares are from Stada Service Holding B.V. The enterprise is likely to be taken over and forced to delist, becoming a 100 percent foreign owned enterprise.

In the last two years, Daewoong Pharma chose Traphaco to expand its operation in Vietnam. According to The Investor, Daewoong acquired 15 percent of TRA shares in 2018.

The attractiveness of pharmaceutical shares for foreign institutional investors is clear. However, some pharmaceutical firms did not have impressive business results in the last few years.

According to VDSC, the VN Index may recover and hover around the 1,515 point threshold. Meanwhile, MBS believes that the shares benefiting from tourism reopening, such as retail, oil and gas, and tourism, will be targets for cash flow in upcoming trading sessions.

Experts believe that once the KRX trading system begins official operations, many international organisations will re-evaluate the Vietnamese market to upgrade it to an emerging market.

An advisory council of the Ministry of Health (MoH) has proposed this ministry grant certificates of registration for conditional circulation of three medicines containing the active ingredient molnupiravir for COVID-19 treatment.