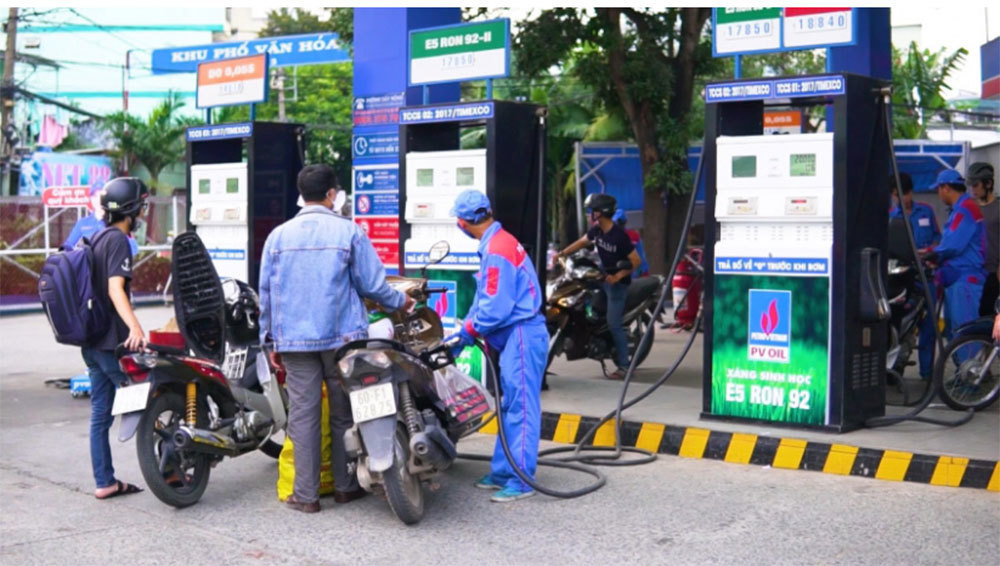 The oil price has been surging sharply since early this week as a result of the concern about supply interruptions from Russia amid the Russia-Ukraine conflict.

According to VnDirect, Brent price has increased by 30 percent since the beginning of the year. The price soared after Russian troops entered Ukraine.

The Singaporean fuel prices updated by the Ministry of Industry and Trade (MOIT) as of March 3 showed that the petrol price was $130-133 per barrel, and diesel was traded at around $136.58 per barrel, an increase of 10 percent compared with the March 1 review.

It is expected that the Ministry of Finance (MOF and MOIT) will adjust the ceiling fuel prices in the next review on March 11. As world prices have reached historic peaks, experts believe the ministries will have to raise the ceiling prices.

With world prices on March 8, the petrol domestic price is minus VND3,800 per liter and diesel minus VND4,800. In the next review, the ministries may raise the prices by VND3,800-4,800 per liter.

After the March 1 review, retailers incurred a loss of VND2,000-4,000 per liter, while the crude oil price in the world market continued escalating. Even if the State intervenes in the market by using the petrol price stabilization fund, the ceiling prices will still be lifted.

It’s expected that the petrol price will exceed the VND30,000 per liter threshold in the March 11 review if the environmental protection tax is not cut.

Some experts have estimated that the environmental protection tax needs to be reduced by at least VND2,000 per liter and the petrol price stabilization fund be used. If not, the petrol price will continue soaring.

The fuel price hike not only affects people and businesses, but also distributors. They have urged state management agencies to adjust the tax policy to keep prices stable.

MOF has proposed an environmental protection tax reduction of VND1,000 per liter of petrol and VND500 per liter of oil, to be applied from April 1 to the end of the year. However, experts said the tax reductions are too small amid the sharp price rise.