The Secretariat of the Communist Party under the chair of General Secretary Nguyen Phu Trong has issued disciplinary actions against several Party officials and organisations who were found to have infringed Party regulations and State laws. 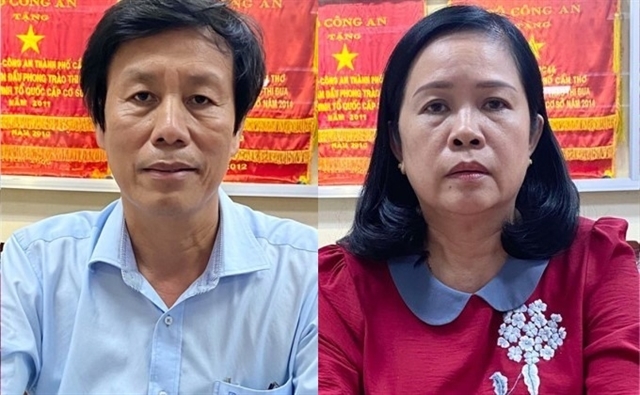 After considering the proposals of the Central Inspection Commission, the Secretariat decided to issue warnings against the 2017-22 tenure Party Committee of the Vietnam Red Cross Society, for violations of Party regulations, as well as negligence and shortcomings in human resources planning work, financial management, and arrangement and management of press agencies under the Vietnam Red Cross Society.

The violations have resulted in serious consequences, adversely affecting the performance of political tasks, the prestige of the Communist Party of Vietnam and the Vietnam Red Cross Society.

The Secretariat also decided to expel several officials from the Party.

Cao Minh Chu, director of the Can Tho City’s health department, along with Bui Thi Le Phi, former director of the department, were expelled on the grounds that under the helm of these two officials, the city’s health department has committed several violations of the Party and State’s rules on purchasing medical items. The violations were deemed to be very serious, undermining the reputation of the Party organisations and individuals.

Sung Minh Sinh will be removed from his position as member of the Standing Committee and head of the Internal Affairs Committee of Ha Giang Province Party Committee during the 2015-20 and 2020-25 tenures, as he was deemed to have breached the Party’s regulations and State laws on management and use of financial resources, negligence on oversight and inspection leading to internal disunity and having several Party members in Ha Giang subjected to disciplinary actions.

Colonel Pham Van Phong will be stripped of all his Party positions, for during his time as member of Ba Ria – Vung Tau Province Party Committee, Deputy Secretary of the Party Committee and Commander of the Ba Ria-Vung Tau Border Guard (2025-February 2020), he had committed transgressions on the democratic centralism practices, Party rules and State laws on anti-smuggling and trade fraud, dereliction of inspection and oversight duties that has led to violations in management and use of finance, land, and assets.

The Secretariat also decided to end Party membership for Lương Thanh Hai, former head of the Ethnic Affairs Committee of Nghe An Province.

Hai was deemed to have committed several wrongdoings during his time leading the socio-economic development support project for the O Du ethnic minority group in 2016-20.

Many well-known businesspeople have ended up in prison.