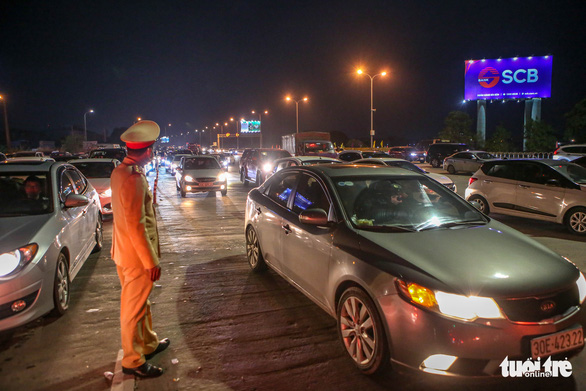 One hundred and ninety-five of them died, according to the Ministry of Health’s Medical Examination and Treatment Management Department.

These figures are included in a quick report the department issued on Saturday, based on the information collected from all health facilities across the country from January 31 to February 5.

This period is part of the nine-day Tet break, from January 29 to February 6.

According to the report, 2,838 people were hospitalized over physical fights from January 31 to February 5, accounting for two percent of the total number of people admitted to hospitals nationwide for various reasons.

Among these people, 1,245, or 39 percent, had to stay on at the hospitals for further treatment after receiving emergency aid.

The numbers are lower than those in the same period of last year’s Tet, the report said, without elaborating.

Traditionally, Tet is an occasion for Vietnamese people to get together for celebrations, including drinking parties, where physical brawls are recorded every year.

The six-day period also saw 486 cases of food poisoning, down 11.3 percent from a year before, while 47 people died from pesticide poisoning.