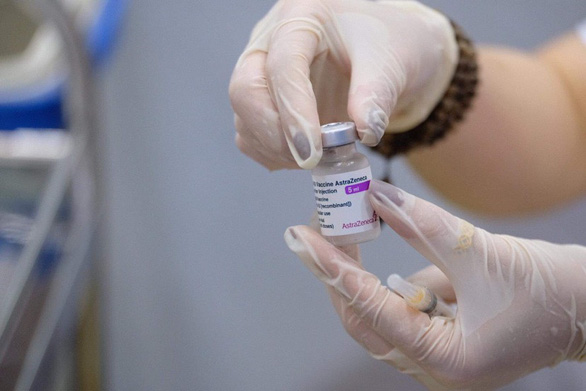 More than 1.5 million doses of AstraZeneca COVID-19 vaccine, the last batch of a 30-million-dose contract between Vietnam and the manufacturer, have been delivered to the Southeast Asian country.

The vaccine doses touched down in Ho Chi Minh City on Thursday evening.

This is the final shipment of a purchase contract between AstraZeneca and Vietnam Vaccine JSC (VNVC), with the assistance of the Ministry of Health.

The deal was inked in 2020, sending the first batch to Vietnam in late February.

On November 2, VNVC signed another contract with AstraZeneca to purchase an additional 25 million vaccine jabs for Vietnam.

AstraZeneca is expected to start delivering these doses in late December.

VNVC has also ordered 20,000 doses of AstraZeneca’s antibody cocktail, Evusheld, which is designed to prevent COVID-19 infection in individuals with a weak immune system or a history of severe side effects from coronavirus vaccines.

The use of the therapy has yet to be approved in Vietnam, however.

Vietnam has received more than 156 million COVID-19 vaccine doses out of the 200 million shots that have been purchased, according to the Ministry of Health.

Health workers have administered nearly 130 million vaccine doses since vaccination was rolled out nationwide on March 8.

Over 74 million of the country’s 98 million people have received at least one dose while almost 56 million are now fully immunized.

The government has provided inoculation for children aged 12 to 17 since early November.