One missing, one dead in two separate drowning cases in central Vietnam 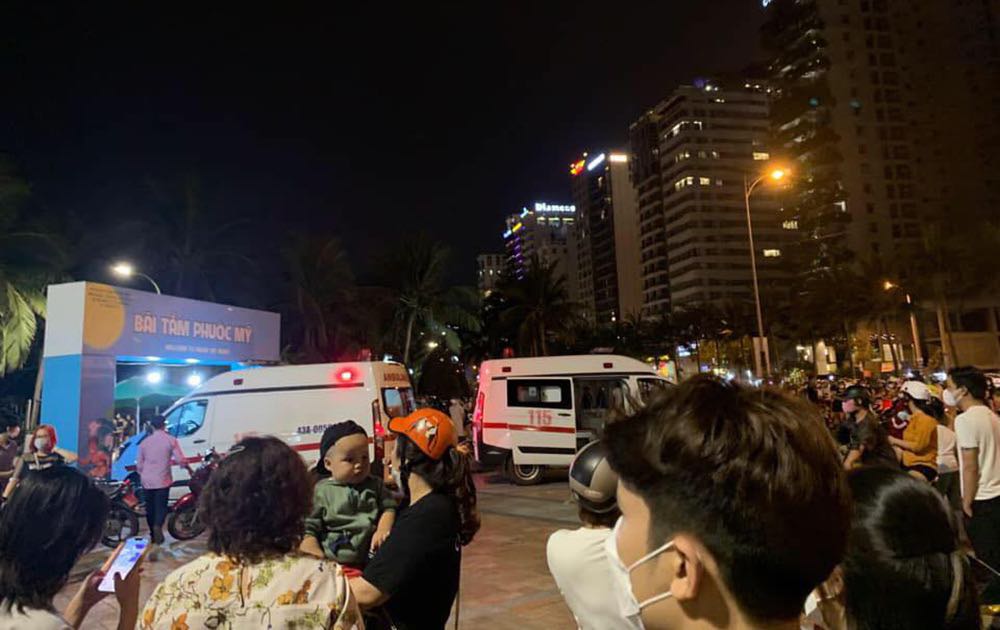 Ambulances and onlookers gather at Phuoc My beach in Da Nang City, Vietnam, March 27, 2022 as five tourists in a group of six were in distress off the shore. Photo: S.T. / Tuoi Tre

A tourist went missing and a man died in two separate cases of drowning at two beaches in the central Vietnamese city of Da Nang and the north-central province of Quang Tri on Sunday, respectively.

In the first case, preliminary information showed that a group of six tourists went swimming at Pham Van Dong beach in Da Nang at 7:00 pm on Sunday.

About 30 minutes later, five people in the group were swept away while one woman was able to swim to the shore and called for help.

Huu Toan Trung, a 30-year-old man, used a paddle board to access the five victims’ location, where he managed to rescue three women and one man.

L.D.D., hailing from northern Nam Dinh Province, was not found.

An official said later on the same afternoon that rescuers were looking for the missing tourist at the beach.

Earlier, one man had died of drowning following his hospitalization after swimming at a beach in north-central Quang Tri Province on Sunday afternoon.

The victim, 31-year-old Vo Minh H. from Dong Ha City in Quang Tri, went for a swim at Cua Viet beach in Gio Linh District with another man that afternoon.

As rescuers on duty at the beach received a report that the two men were swept away at around 4:00 pm, H.’s companion managed to swim ashore while it took the rescuers several minutes to find and bring H. to the shore.

Despite being rushed to Quang Tri General Hospital for emergency treatment, H. was unable to make it.

Local fishermen said that the weather was quite bad and the sea was rough at Cua Viet beach on Sunday afternoon.