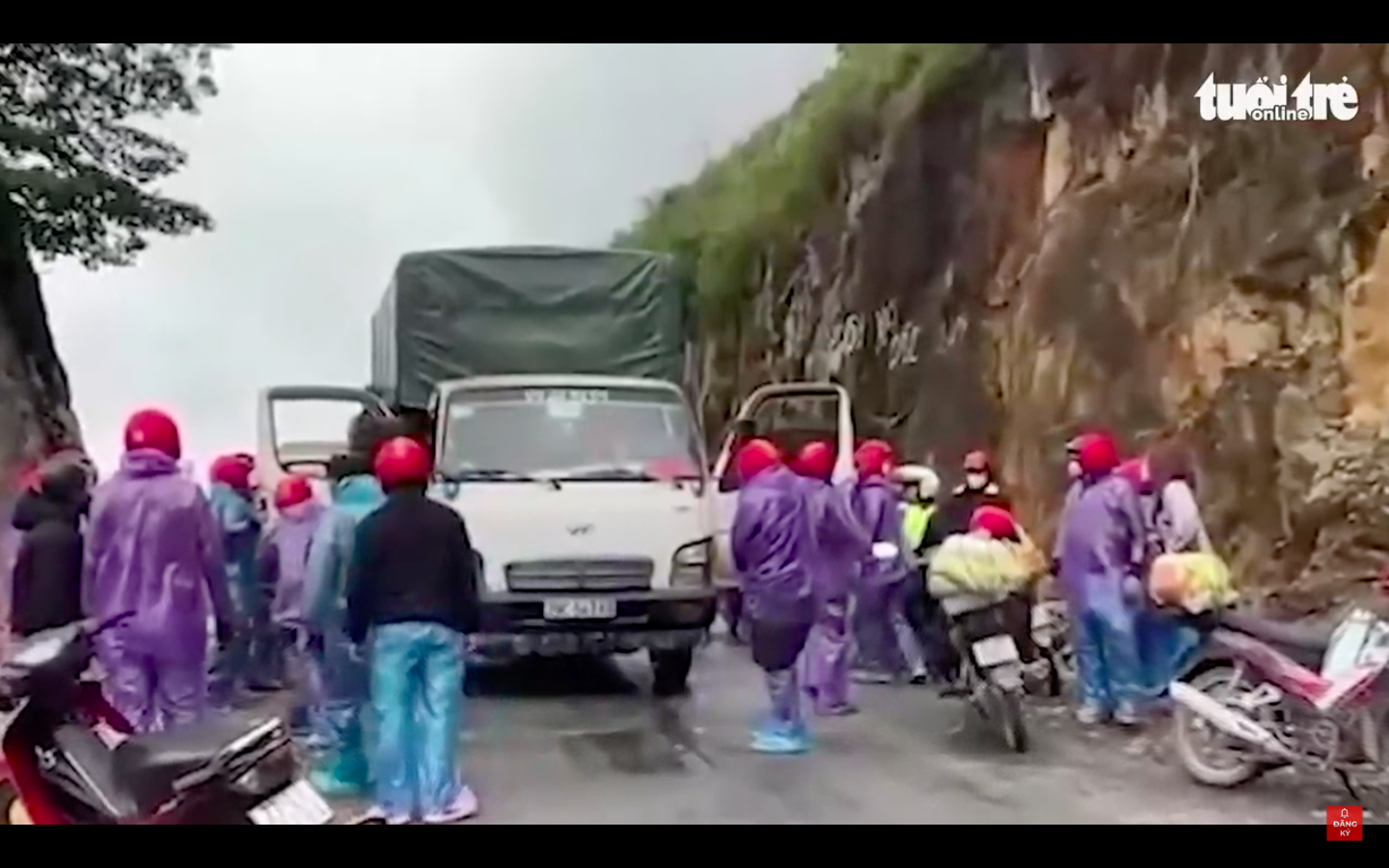 Police in Ha Giang Province, a popular tourist destination in northern Vietnam, have announced the detention of a member of a group including 20 backpackers after they had been filmed ganging up against a truck driver on Thursday.

The detention was meant to serve the investigation into the attack, Nguyen Duy Huan, chairman of Can Ty Commune in Ha Giang’s Quan Ba District, where the incident occurred, told Tuoi Tre (Youth) newspaper on Friday.

A woman, who was later identified as the wife of the truck driver in question, made a phone call to local police to report the assault on Thursday morning, according to Huan.

However, when the police officers arrived at the scene, the whole group of backpackers, the truck driver and his wife had left.

As the officers contacted the driver’s wife, they were told that the backpacking group had traveled towards Yen Minh District while her husband did not suffer any injuries.

Huan added that both of the truck driver and his wife are not local residents.

A video capturing the group of 20 backpackers and the truck driver having a fight was later circulated on social media.

The footage showed that the 20 backpackers wearing raincoats and helmets climbed up the truck and assaulted the driver.

The driver then suddenly accelerated the vehicle, causing the backpackers to run away.

The clip also showed that the truck is registered with a plate number issued in Hanoi.