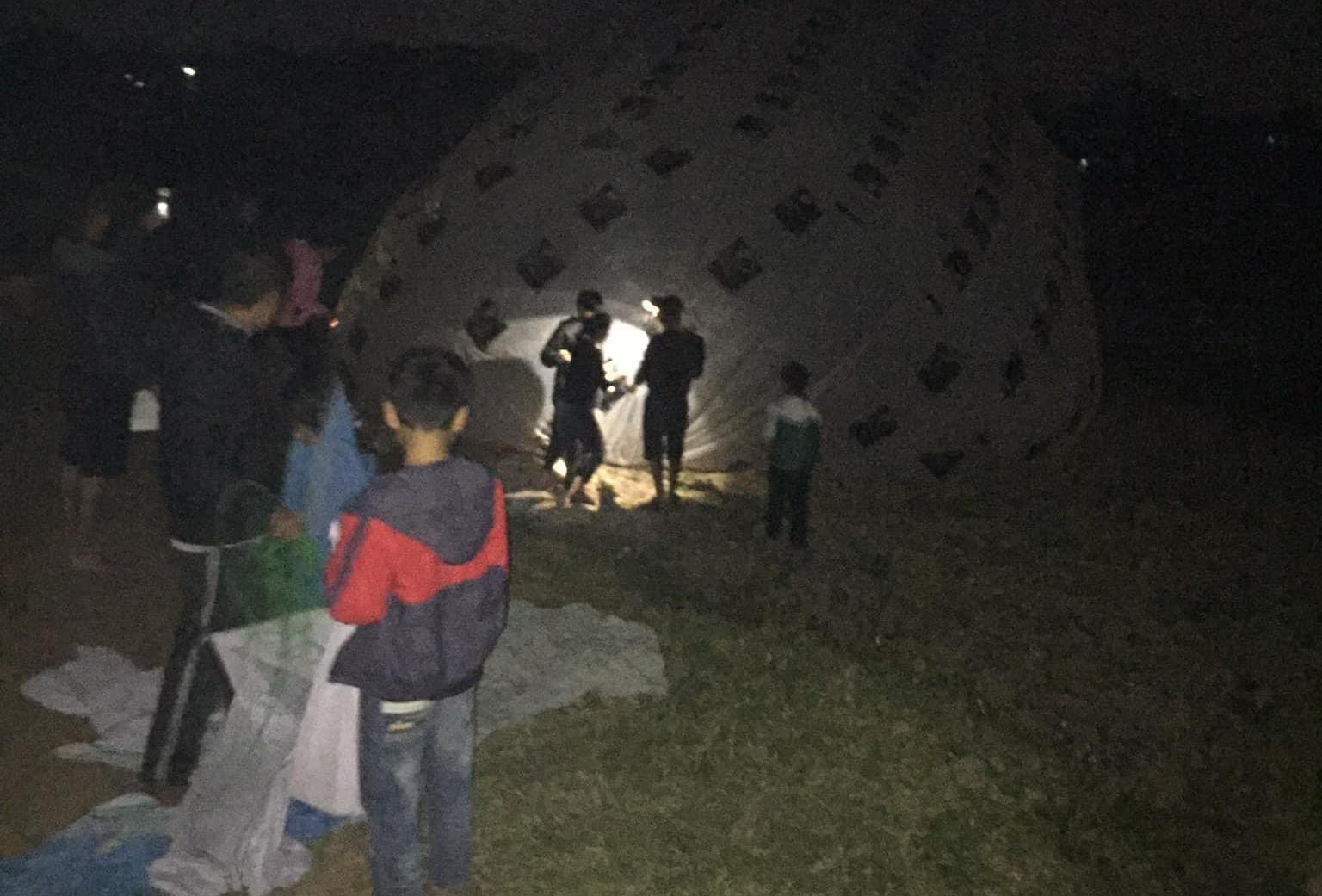 This photo circulated on social media shows people gathering at the site where a mysterious object that fell from the sky was detected in Phu Tho Province, Vietnam, January 2, 2022.

The image of a mysterious object falling from the sky into a field in Phu Tho Province, northern Vietnam went viral on social media in the country earlier this week.

Vi Thi Lan, chairwoman of Dong Thanh Commune in Phu Tho’s Thanh Ba District, confirmed on Monday afternoon that the unidentified object had been discovered in the locality at around 7:00 pm on Sunday.

“Upon the report of local people on the case, I requested the commune’s deputy chairman and head of public security to examine the scene,” Lan said.

At the site of the discovery, there was a plastic bag about 15 meters long and five meters wide, with a one-meter-wide opening formed by bamboo and steel wire.

A Chinese TV series character was printed on the outside of the bag, along with cloth and a Myanmar 10,000 kyat banknote stuck on there.

Dong Thanh Commune authorities reported the incident to the Thanh Ba District administration, who then determined that the mysterious object was a sky lantern, according to Lan.

“It must have been launched somewhere else before falling down to our locality and has nothing to do with spreading toxic content,” the chairwoman said, adding that functional forces confiscated the object in question for further investigation after booking the case at around 10:00 pm on Sunday.