New US ambassador says hello to Vietnam with calligraphy 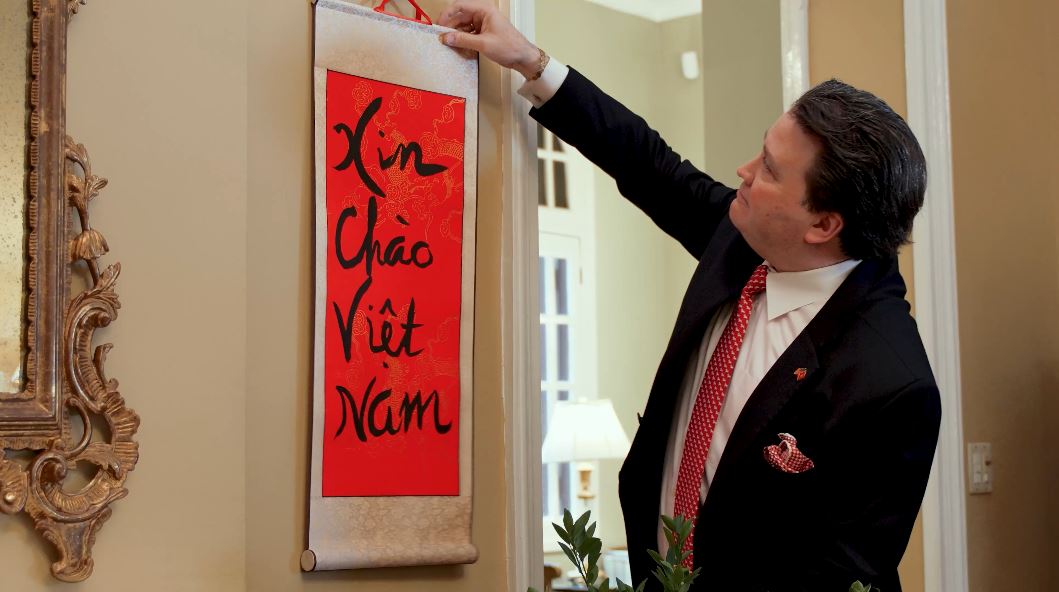 In a 40-second video released by the U.S. Embassy in Hanoi on Thursday, Knapper wrote ‘Xin Chao Viet Nam’ (Hello Vietnam) and hung his calligraphy picture on a wall.

“Our new #AmbassadorKnapper, [who] arrived just in time to celebrate the Lunar New Year, is trying his hand at traditional calligraphy,” the embassy addressed the video on its verified Facebook page.

“What is your favorite message to mark the start of the spring?”

The clip quickly drew the attention of netizens, with more than 1,400 people hitting the buttons to express their interest in the video.

Early this month, the new United States ambassador also sent a wish to people in Vietnam for a “healthy, happy, and prosperous new year.”

Knapper and his family arrived in Hanoi on January 27 after swearing-in as the new United States ambassador to Vietnam on December 30 in Washington D.C.

“My family and I arrived safely last night and are now starting quarantine,“ the U.S. Embassy in Hanoi quoted Knapper in a Facebook post on January 28.

“We can’t wait to meet with our Vietnamese friends and partners soon!”

He had served as Deputy Assistant Secretary for Korea and Japan from August 2018 to July 2021 before taking on his position in Vietnam.

According to the U.S. Department of State, Knapper is a recipient of the Secretary of State’s Distinguished Service Award, Washington’s highest diplomatic honor.

He also received a Presidential Meritorious Service Award and the Department of State’s Linguist of the Year Award.

He is the eight U.S. ambassador to Vietnam since the two countries restored diplomatic relations in 1995.