Neighbor, police major save child from burning house in Hanoi 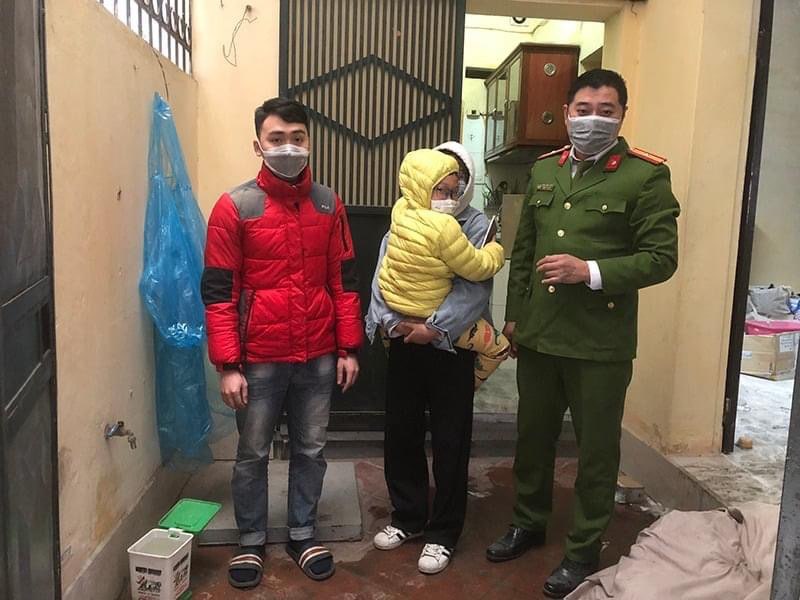 A police officer and a young man risked their lives to rescue a six-year-old child from a burning house in Hoang Mai District, Hanoi on Tuesday afternoon.

The Hanoi Department of Public Security received the report of a fire occurring at a house down Alley 197/37 Hoang Mai Street in Hoang Mai District at 2:47 pm on Tuesday.

The Department then sent two fire trucks, one ambulance, and 11 firefighting motorbikes to the scene.

Witnesses said that the fire broke out on the first floor of the two-story house, which covers an area of about 30 square meters.

While functional forces were using fire extinguishers to put out the fire and prevent it from spreading to adjacent households, Phan Hung Phat, a 21-year-old neighbor living near the burning house, and Major Phan Tran Trung, chief of the police station of Hoang Van Thu Ward in Hoang Mai District, discovered that someone was still trapped inside.

The two men quickly climbed to the second floor to bring the victim, a six-year-old child, down to safety.

By 3:04 pm the same day, the fire had been completely extinguished.

The incident caused neither loss of life nor significant property damage.

The cause of the fire is under investigation.