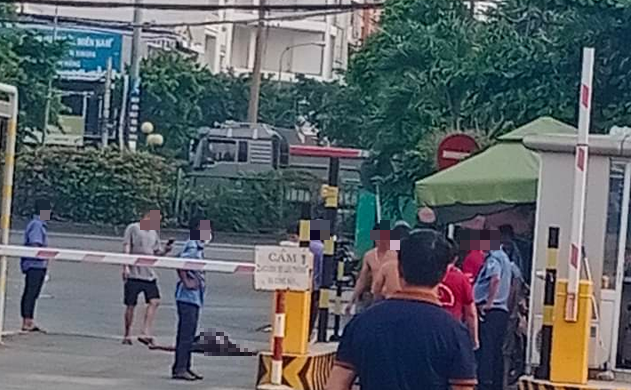 The scene of the incident at Nga Tu Ga Bus Station in District 12, Ho Chi Minh City, April 10, 2022 in this photo posted on social media

Police in Ho Chi Minh City have arrested a motorbike taxi driver for stabbing a man to death with a screwdriver following an argument last weekend.

Tri is the prime suspect in the murder of 36-year-old N.T.D..

On Sunday afternoon, Tri rode his motorbike into the bus station and saw D. at the nearby drink stall.

The two had a conversation that led to an argument.

They then engaged in a physical confrontation before Tri stabbed D. in his head with a screwdriver.

D. was rushed to the hospital but eventually succumbed to his wound.

Police carried out an investigation and identified Tri as the main suspect in the case.

He was arrested in the Mekong Delta province of Tien Giang early on Monday morning.