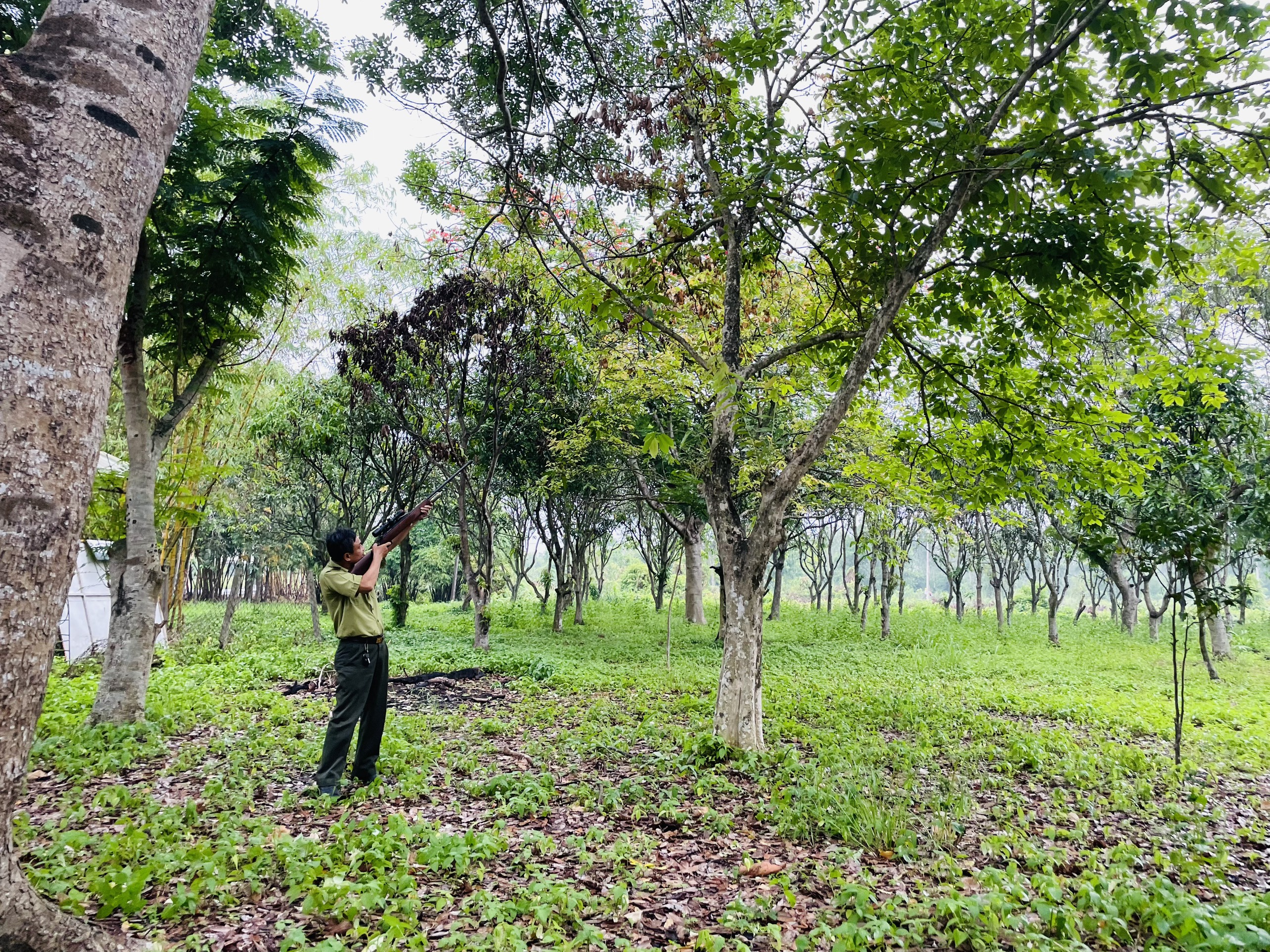 A monkey weighing nine kilograms has been anesthetized and brought to a wildlife rescue station after it attacked three people in Ho Chi Minh City earlier this week.

The municipal Forest Protection Department confirmed on Saturday it had given an anesthetic to a monkey and taken it to the Cu Chi Wildlife Rescue Station in the namesake district.

The animal previously bit three people at the office of the management center for historical relics and cultural services of Binh Chanh District on Wednesday morning, according to Nguyen Van Tam, director of the agency.

It is still unclear where the monkey came from, Tam continued.

The office of the center is located at the old Lang Le Cultural Park in Le Minh Xuan Commune, Binh Chanh District.

The three victims were a female employee of the center, a young boy who is the son of the center’s security guard, and a passer-by.

The female employee had her toe bitten by the monkey while she was at her office, whereas the boy suffered a thigh injury after being attacked while being with his father outside the building.

All victims were then given first aid and necessary vaccination.

The incident was reported to police in Le Minh Xuan Commune and later to the city’s Forest Protection Department.

The monkey was climbing a tree when forest protection officers arrived.

The officers used a specialized gun to anesthetize the primate and brought it to the Cu Chi Wildlife Rescue Station.

It was a male pig-tailed macaque weighing about nine kilograms.

After receiving care at the rescue station, the ape was released to its natural habitat.