Most rice production and processing plants are located on riversides, and as a result, about 95 percent of rice produced in the Delta is carried by water. 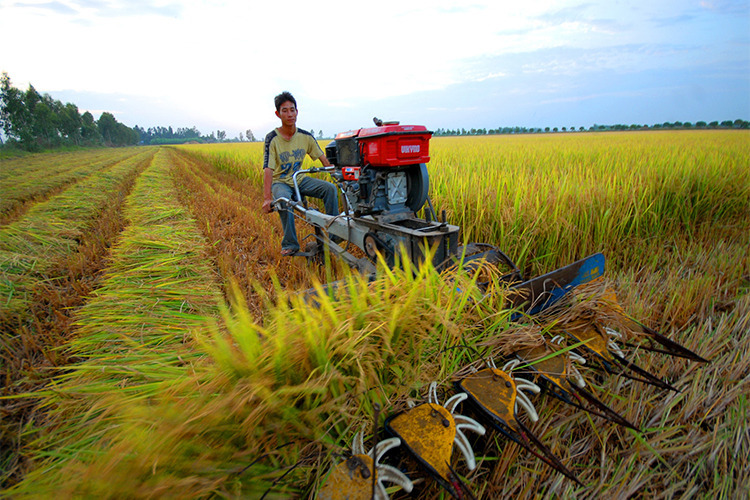 Clearing up the waterways will help rice exporters maintain merchandise rice supply chains and prevent interruption, from the fields to seaports.

The Ministry of Investment and Trade (MOIT) has asked the Prime Minister to assign Ministry of Transport (MOT) to work with the Ministry of Health (MOH) and relevant ministries to create a so-called green passage for waterways that ensures compliance with anti-pandemic requirements and clears the current congestion.

The ministry has also asked people’s committees of Mekong Delta cities and provinces to create favorable conditions for rice businesses and merchants to travel and collect rice directly from farmers. Local authorities need to discuss with MOH and MOT about the flexible application of different transport methods.

Method 1: Accepting rapid Covid-19 tests at hamlets/communes; registering transportation schedules with state management agencies in the hamlets/communes. The same requirements will be applied to those who load and unload rice on and off the boats.

MOIT asked to give the ‘go ahead’ (rapid testing right at checkpoints on river) to vehicles carrying wet rice from rice fields to satellite drying plants in nearest areas (in the same communes or districts) to ensure the quality of rice for storage.

As for rice transport among processing facilities not located in the same province, or transport from plants to seaports, or in areas of domestic consumption with high demand, quarantine checkpoints on major rivers in border areas will have to have testing facilities within the nearest distance to test inter-provincial steersmen.

Method 2: If businesses agree to provide rapid testing kits to river checkpoints, when merchants’ boats go across, the officers at checkpoints will need to conduct tests rapidly and put stamp on papers for the vehicles to proceed.

When applying this method, MOIT asks local authorities to: only require negative testing certificate (PCR) when vehicles leave the wharves (the first point), and on rivers they can use rapid testing results provided by checkpoints and go through the next checkpoints and reach the final point of the trips.

The officers on duty at checkpoints will need to be sent for quick training at medical units.

MOIT has also asked for favorable conditions for businesses and merchants to access rice sources.

The State Bank of Vietnam (SBV) has been asked to instruct commercial banks to give support in interest rates to enterprises and allow them to use their purchased products as collateral for loans. This was proposed by MOIT on August 12 to help businesses access rice supply sources.

According to the Ministry of Agriculture and Rural Development (MARD), Mekong Delta cities and provinces had harvested 780,000 hectares of summer-autumn crop rice as of August 12, with average yield of 5.8 tons per hectare. The output is estimated at 4.524 million tons.

Under the plan, most of the harvesting will be in August and end in mid-September.

Regarding rice exports, reports show that Vietnam exported 3.492 million tons of rice in the first seven months of the year, worth $1.888 billion. The export price was $540.68 per ton. This means a 12.69 percent decrease in quantity and 3.1 percent in value. Meanwhile, the average export price was $53.5 per ton higher.

Prior to that, a report released in early August showed the domestic rice price was VND500-600 per kilogram. The price was stable on the first days of the August 2-6 week, dropped by VND50-300 per kilogram, and then increased slightly.

Deputy Prime Minister Le Minh Khai on August 16 signed a decision directing the Ministry of Finance to set aside more than 4,117 tonnes of rice from the national reserve to support residents in COVID-19 hit localities.

The Governor of the State Bank of Vietnam (SBV) Nguyen Thi Hong has directed commercial banks in the Mekong Delta region to support rice producers and traders to overcome difficulties amid the COVID-19 pandemic.