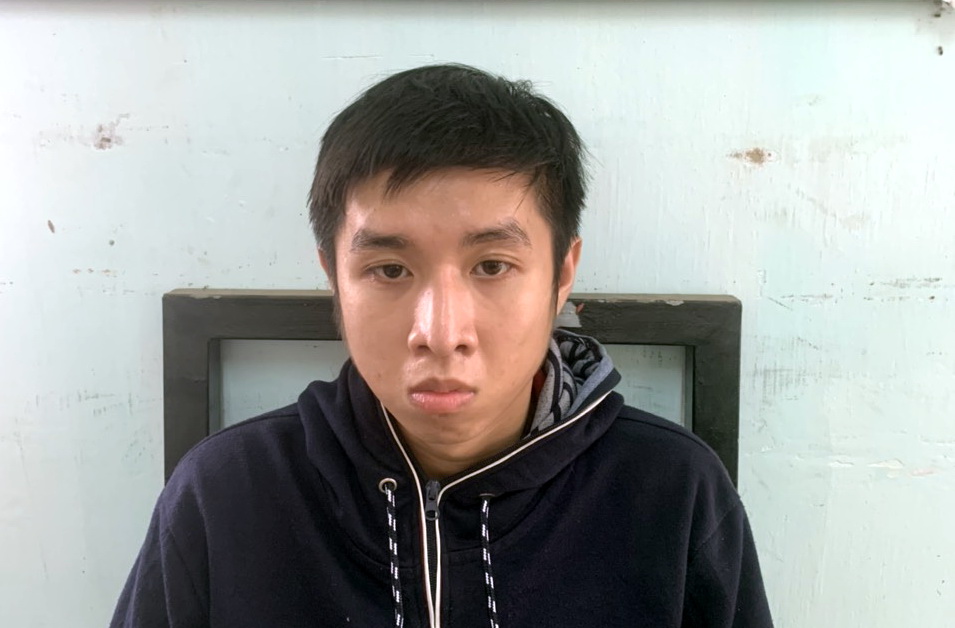 Pham Thanh Long is held at the police station in Ba Ria – Vung Tau Province, Vietnam in this photo supplied by officers.

A man from Ba Ria – Vung Tau Province, southern Vietnam has been captured for arbitrarily attacking people with a knife as he rode his motorbike along local streets earlier this week.

Police in Vung Tau City, the provincial capital, announced on Sunday they had apprehended Pham Thanh Long, 23, as well as confiscated his motorbike and knife.

Preliminary information showed that Long was the one who attacked T.V., 15, as the victim was standing in front of his house in an alley in Ward 7 on Thursday night.

CCTV footage showed that Long, dressed in a black jacket and a pair of jeans, was wielding a knife and riding a motorcycle.

The incident resulted in a 12-centimeter-long wound on V.’s forehead.

The boy is now in stable conditions, according to his father.

Aside from V., Long also attacked two other people that night.

At the police station, the suspect showed signs of mental problems.

Officers stated that Long had dropped out of high school, and his parents got divorced a long time ago.

The man does not like talking to strangers and spends most of his time online.