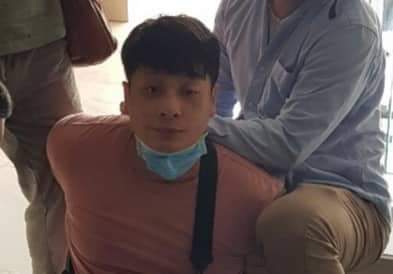 The suspect arrested for allegedly murdering his blood father in Vietnam’s Ho Chi Minh City as the victim refused to give him money has confessed having brutalized his dad for about ten days before the killing.

The city’s police detained Nguyen Anh Khoa, 30, on Monday afternoon, only four hours after he was suspected to kill his father, N.V.B., 72, in their house in the city’s Phu Nhuan District.

B. was found dead with multiple injuries as police officers forced the house’s door open after no one answered their call on Monday noon.

They rushed to the house after receiving a report from B.’s relatives that they had been unable to contact the man for several days.

Police launched an investigation into the case and captured Khoa later the same day as he was staying at a hotel in District 10.

Khoa confessed that he asked B. to give him some money on May 27 but the father refused, so a quarrel broke out between them and Khoa began to detain B. at home.

During the detention, he beat his dad using various tools including whips and spoons.

The peak of the brutalization came on June 6, when Khoa used a weapon to stab B. to death.

He then escaped, bringing along a lot of gold and around VND200 million (US$8,630), police reported.

A test conducted after Khoa’s capture showed that he was positive for drugs.

The suspect also admitted he was a heavy addict of a type of extremely powerful drug.

After recording his initial testimonies, the Phu Nhuan police on Thursday carried out procedures to transfer him to the city’s police for further investigation.