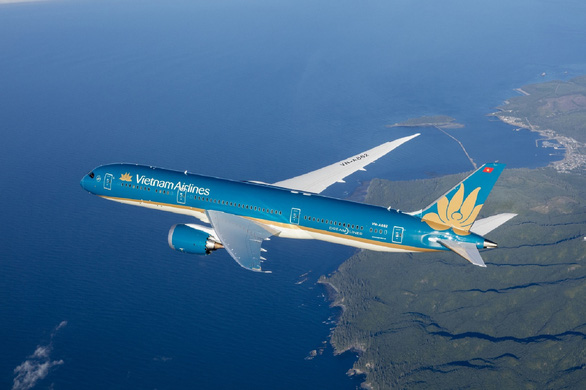 Police in Chiba Prefecture, Japan have arrested a 17-year-old boy who allegedly threatened to shoot down a Vietnam Airlines passenger plane that departed from Narita International Airport for Vietnam last month, Japan Today reported this week.

Chiba prefectural police detained the young man on Tuesday after tracking the phone number that the teenager used to make a threat that he would shoot down a Vietnam Airlines aircraft on January 5, the news site said on Wednesday.

Employees at a Vietnam Airlines office in Japan received a threatening phone call at 10:55 am on January 5 from a male who claimed he was “going to shoot down” Flight VN 5311, so the pilots “should turn the plane around.”

The threat was made in Japanese, but the anonymous caller claimed to be American.

At that time, the plane had been in the air for about 40 minutes and was about to fly over Tokyo Bay en route to Hanoi, Vietnam.

The pilot then made an emergency landing at Japan’s Fukuoka Airport to conduct a safety check, Japan Today said.

The incident caused the flight to be delayed for about three hours and 40 minutes.

Police later traced the call to the boy’s home in Yamagata Prefecture where the arrest was made.

The minor has a mental disability, Japan Today cited police as saying.

According to a statement made to Tuoi Tre (Youth) newspaper on Thursday, a leader of the Civil Aviation Authority of Vietnam (CAAV) said that it had not received any information from Japanese authorities regarding the suspect’s arrest.

Vietnam Airlines made a public announcement similar to the CAAV statement, but added that its office in Japan had previously received a notice from Japanese police saying that they had identified a suspect of the case.

The carrier promptly reported the incident to Japanese authorities, the CAAV, and Vietnam’s Ministry of Public Security immediately after the threat was made on January 5.

The airline also convened an urgent meeting with its emergency committee and steering sub-committee for counter-terrorism.

After receiving approval from Deputy Prime Minister Pham Binh Minh, who also chairs the National Civil Aviation Security Committee, and Minister of Transport Nguyen Van The, the CAAV directed Vietnam Airlines to seek permission from Japanese authorities to divert the flight to the Fukuoka Airport.

The flight had been carrying 15 crew members and 47 passengers, according to the CAAV.