In Vietnam, police arrest father of beaten-to-death girl for failing to protect daughter 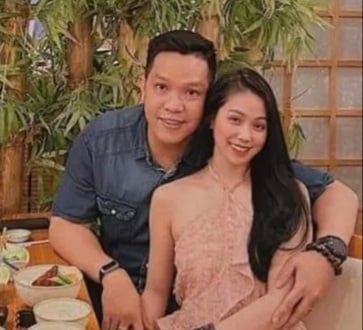 Police in Ho Chi Minh City have detained a man for not protecting his eight-year-old daughter who died over a week ago after being tortured by his fiancée, who had allegedly abused the little girl for a long time.

Nguyen Kim Trung Thai, 36, was arrested on Thursday night for an investigation into his offense of “maltreatment or abuse of one’s grandparent, parent, spouse, child, grandchild, or caregiver,” as prescribed by the Vietnamese Penal Code, police of the city’s Binh Thanh District said.

Thai is the father of N.T.V.A., who was beaten to death on December 22 by his 26-year-old fiancée Nguyen Vo Quynh Trang, at their apartment in the district, where they have lived together since May 2020.

Trang was taken in on December 23 and has been charged with “torturing others.”

Police apprehended Trang following a hospital report on the unusual death of A., who had been taken to the hospital in a coma, accompanied by a cardiac arrest and apnea.

As doctors found various wounds on her body, police on the scene suspected that Trang had beaten A. to death.

Police have also collected some relevant proof from the apartment and questioned Trang’s neighbors, who said they had heard A.’s screams while she was being beaten on the afternoon of December 22.

Before Thai’s arrest, the Vietnam Association for the Protection of Children’s Rights had issued a document to local police requesting that Thai be prosecuted for not protecting his daughter from domestic violence, and that the offense of “torturing others” determined for Trang be revised appropriately.

Thai had failed to take any measures to protect his daughter from being brutalized by Trang though he knew that the brutalization had taken place for a long time before A. was beaten to death, the association said.

The man even covered up Trang’s violent acts by saying to others that they were just aimed at “educating” his daughter.

On December 11, Thai took A. to hospital for stiches over a head wound caused by Trang, but he falsely told doctors that she had been injured due to a “fall.”

Thai’s cover-up had facilitated Trang’s continued brutalization that led to the tragic death of the girl, the association concluded.

The association also emphasized that the offense committed by Trang must be considered as “intentionally causing injury” that resulted in fatal consequences, as prescribed in the Vietnamese Penal Code, instead of “torturing others,” which is much lighter than the crime the woman had committed repeatedly for a long time.

One day before Thai’s arrest, Nguyen Thi Hanh and Nguyen Quang Vinh, the mother and the uncle of A., filed a petition to the police department and the People’s Procuracy requesting that Thai be criminally prosecuted for his covering up of Trang’s crime that led to the death of the girl.

The case has drawn attention from UNICEF Vietnam, whose representative Rana Flowers on Wednesday released a statement to express “its deep sadness and concern over the recent violent death of a young girl at the hands of someone who she should have been able to trust, to protect her [sic].”

Flowers emphasized that “a strengthened protection system for women and children is urgently needed in Vietnam.”

Such a system, the statement read, should not be comprised of volunteers or untrained welfare officers, but instead should consist of qualified professional social workers who can identify, intervene, and respond to the needs of children and women in order to ensure their safety.

This system should also include training for law enforcement and legal officials, such as judges, and should be centered on a zero-tolerance attitude toward violence.

Motorkhana Trương Nam Thành, who finished in the top 10 off the MUBA Auto Gymkhana Cup in 2019,...
Sport