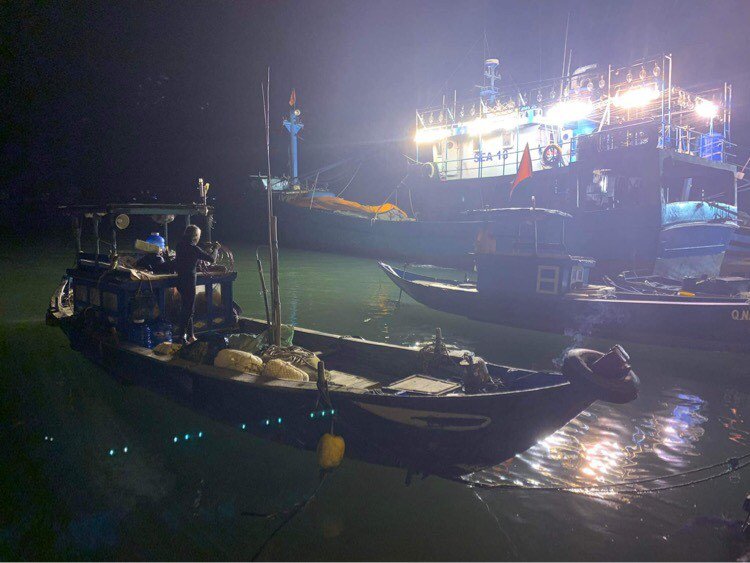 Boats are mobilized to search for the young girl in Quang Nam Province, Vietnam, February 16, 2022 in this photo supplied by a local resident.

A man from Quang Nam Province, central Vietnam has been accused of murdering his five-year-old daughter by throwing her into a river after having a heated argument with his wife over an alleged affair.

Preliminary information showed that Vien had an argument with his wife at around 7:30 pm on Wednesday.

The wife had visited Nui Thanh Town to run her small business but did not return home during the Lunar New Year holiday, which took place in early February.

Vien suspected his wife to have an affair while she was away.

Following their argument, the man carried his daughter – five-year-old T.L.Y.V. – to the nearby Truong Giang River where he threw the girl into the water.

About 20 people and several boats were mobilized to search for the young girl, according to Le Van Sinh, chairman of Nui Thanh District’s administration.