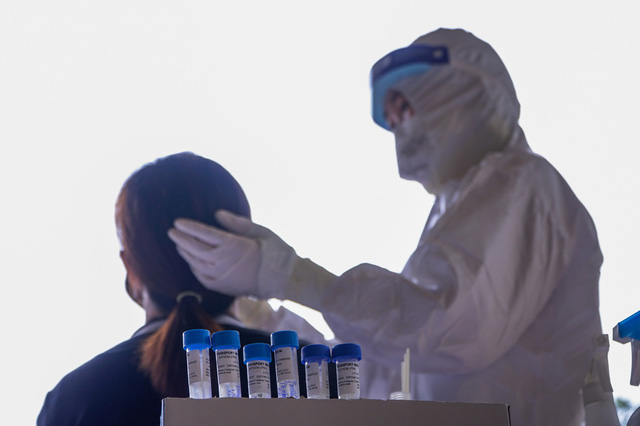 The Medical Center of Hai Duong City in the namesake northern Vietnamese province has given a warning to the head of a grassroots health station for calling a woman with COVID-19 a ‘crazy bitch.’

Nguyen Duy Hop, head of the health station of Gia Xuyen Commune in Hai Duong City, is disciplined for having offensive words against P.T.T. — a COVID-19 patient.

“Hop clearly stated in his report that he made non-standard statements out of work-related stress and has been deeply aware of his shortcomings, as well as promised not to repeat the fault,” a leader of the Medical Center of Hai Duong City said on Friday night.

The leader added that such behaviors as Hop’s are unacceptable despite the mounted pressure and difficulties the health sector has faced in the ongoing COVID-19 pandemic.

Previously, a video recording a conversation between Hop and T. when the woman came to the health station of Gia Xuyen Commune to ask for a certificate of quarantine over COVID-19 infection was circulated on social media.

In the video, Hop talked with T. in an impolite manner, constantly shouted at the woman, used inappropriate words against her, and even called her ‘a crazy bitch’ and ‘a pig.’

Besides recounting the incident and admitting to his wrongdoings in his report to the local authorities, Hop apologized to T. for his behaviors.