A particularity of Vietnam’s economy is the existence of the ‘housewife’ economy in every family, a self-sufficient economy in both urban and rural areas. 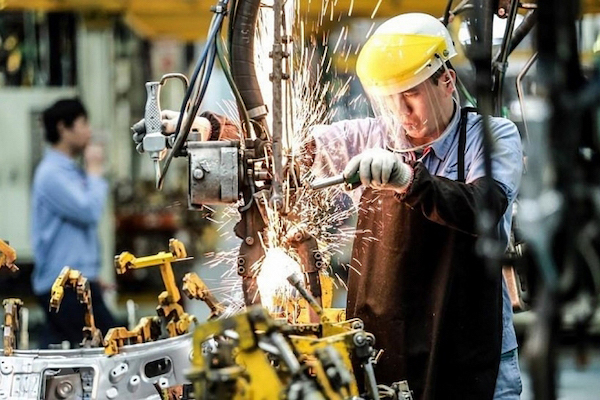 In 2019, the Prime Minister asked to re-assess the scale of the economy, including GDP. With the General Statistics Office (GSO) recalculation, the GDP is 25 percent higher than the official figure. However, economists still disagree on the issue.

GDP recalculation is implemented regularly by other countries and Vietnam is not a particular phenomenon.

In 2017 alone, the recalculated GDP of 158 countries increased by 31 percent on average. The sharpest increase was seen in Zimbabwe (over 60 percent), while the lowest was in Switzerland (7 percent). Meanwhile, the figures were 19 percent in Italy and 17 percent in Spain.

As for Vietnam, Fulbright University’s calculation is 25-30 percent higher than the officially released statistics. Hopefully, from 2021, the first year of the new five-year development plan, the recalculation will become routine.

The GDP recalculation is not intended to improve Vietnam’s position in the world’s ranking of economies, but just to respect the truth that the size of the economy is larger than that shown in official statistics.

GSO has pointed out four major reasons behind this, including the survey and data collection capability and the lack of a policy on calculating the informal economy. The third reason is that Vietnam doesn’t acknowledge the illegal economy. The fourth reason is the fear that this would lead to Vietnam’s higher customary contribution duties to international organizations.

Many countries have been recalculating GDP. Some of them count the ‘prostitution economy’, some others that did not have re-calculated.

Calculating the ‘counterfeit and copied goods’ economy is also a matter of concern. This type of economy is clearly illegal. A lot of counterfeited goods production and trade cases have been discovered, but the remaining are still produced, circulated and monetized in the market as real types of goods.

Does the exclusion of “fake goods” when calculating GDP fall short of the definition of this indicator? A proportion of fake goods, which is believed to be not small and increasingly high, has been crossing the northern border, which shows that the top economies in the world do not exclude this type of economy. And maybe fake goods are considered a component of its economy.

If Vietnam doesn’t count this type of economy, will it be unfair to Vietnam in the global economic ranking?

This type of economy began developing when the centrally planned economy faced setbacks. In rural areas, informal economy became the lifebuoy for millions of households.

Since 1992, the income from the 5 percent land has not been counted when calculating GDP.

The second and third part belonged to the informal economy, and as a matter of course, they have not been counted in when calculating GDP.

This is the ‘housewife economy’ in every family. The country has 25 million households and the same number of ‘housewives’ with the market price of VND7 million a month in cities and VND3 million in rural areas.

Meanwhile, the subsistence economy has not been taken into account when calculating GDP. This could be correct for developed economies, but not for Vietnam, which is switching to the market economy and there are still economic parts which have not been monetized.

Because of neglect, Vietnam’s GDP valuation was $31 billion in 2000 and GDP per capita at $403, after it entered the doi moi reform period in 1986. With that level, 100 percent of people were considered poor. Meanwhile, the real proportion was just 29 percent and Vietnam even fulfilled the UN millennium goal on poverty eradication by 2006, reaching the finish line 10 years ahead of time.

How to organize social distancing while still ensuring uninterrupted production and goods circulation is uppermost in agencies’ thoughts.